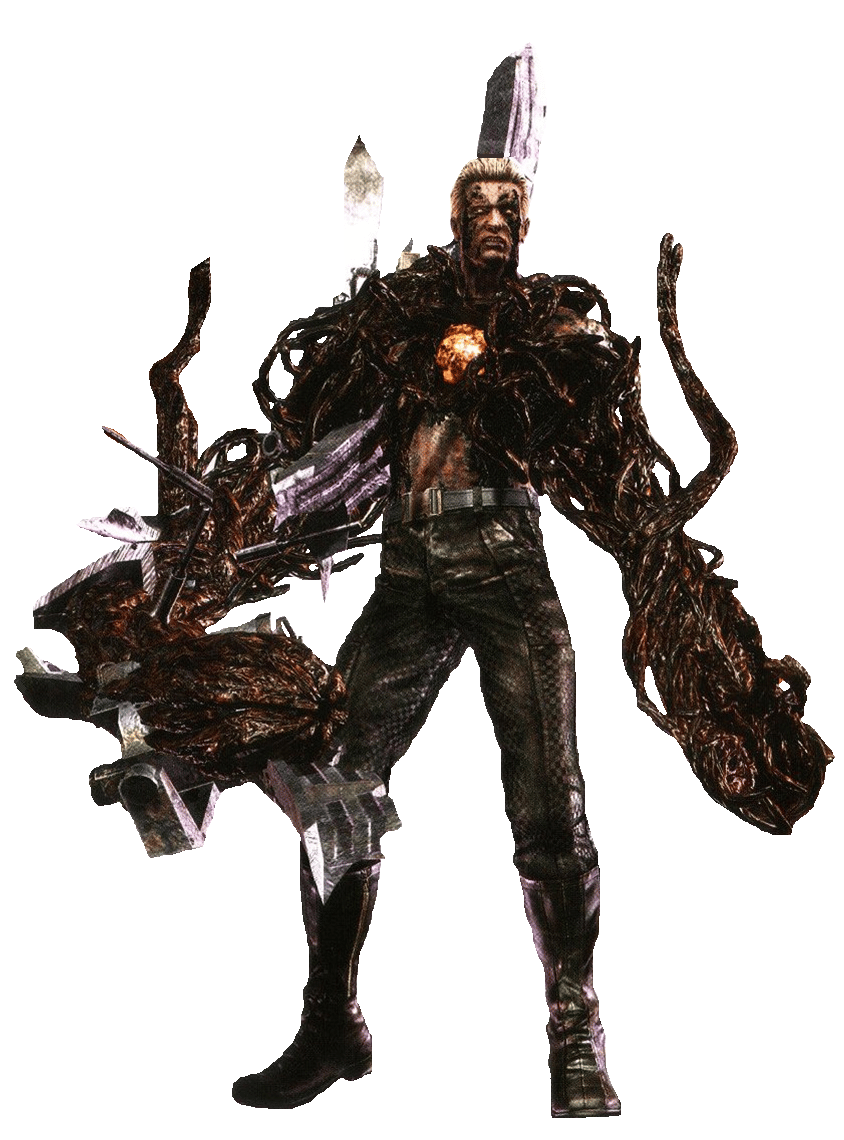 Albert Wesker, former member of S.T.A.R.S, Umbrella, Tricell and the Rival Company would, after failing to change the world with his doomsday project become an Uroborus Virus adapter and see his end in a volcano.

After being revived due to an experimental version of the t-Virus and Wesker’s special genes, he sought world domination using his variant of the Progenitor Virus – Uroborus.

His efforts were consistently being thwarted by Chris Redfield and his B.S.A.A partner, Sheva Alomar which saw them all crash land into an active volcano crater. Enraged by the destruction of the virus dispersal system, Wesker punched through a canister of Uroborus Virus. Unlike other specimens, Wesker was better suited to the effects of Progenitor and adapted to the crippling effects of the virus. Familiar traits remains such as the black pustules, but unlike others, Wesker retained full control of this mutation.

Despite this show of power, Wesker was defeated with a well place rocket launcher to his head as he struggled to free himself from liquid magma – a known weakness of the virus.