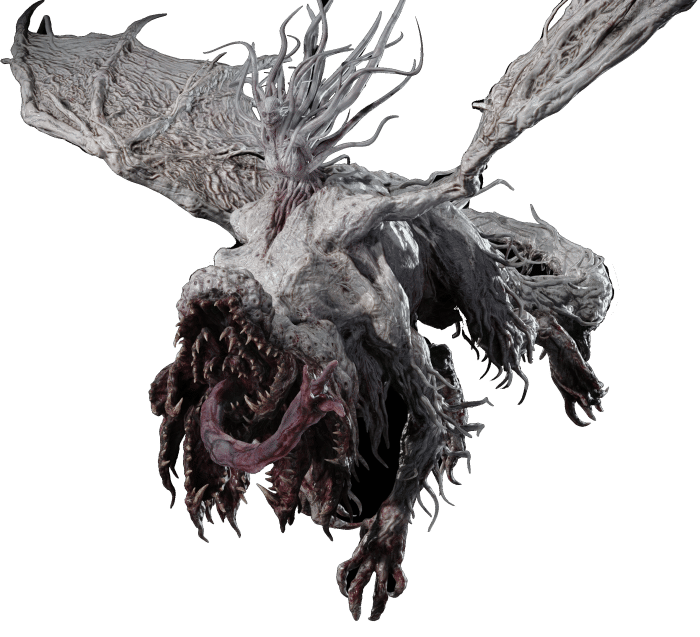 Alcinia Dimitrescu was one of the 4 Lords assigned by Miranda to help locate a suitable vessel for the rebirthing ceremony of her long deceased daughter.

She was given this role following the successful bonding of Alcina to the Cadou parasite and Mold infection. Her reaction was, like the other Lords, somewhat unique but she was able to retain her humanity for the most part. She did however grow to an enormous height, towering over most people and was a imposing individual as a result.

The mutation also saw Alcina grow large claws from her hands at any given notice. These could retract back into her hands too.

As Alcina suffered from a rare congenital blood disorder prior to infection, the impact of the Mold caused the B.O.W Alcina to crave blood. She regularly required fresh blood to sustain her and set about testing on many of her employees and other villager inhabitants to not only look for Miranda’s vessel but to drain her victims of blood too.

Provided she was sustained with blood, Alcina in her first form was near immortal having been infected for nearly 70 years.

During the Village incident of February 2021, Alcina locked Ethan Winters in her castle but was unable to contain him. He was able to escape and acquire the Assassins Dagger – the only weapon that could cause injury to Alcina.

Ethan stabbed Alcina and in doing so triggered a further mutation causing her true form to be revealed. This creature mimicked a gargoyle or bat like hybrid. The remnants of Alcina (its weak point) seemingly sprouting out of the creatures back. It possessed enormous power and could take flight. Mutated Alcina was able to summon other creatures but was ultimately defeated by Ethan through dogged determination.