Alexander Ashford was a European aristocrat and part of the legendary Ashford dynasty. His father was the great Edward Ashford; one of the co-founders of Umbrella and discoverer of the Progenitor Virus. Alexander came to maturity in the years leading up to Umbrella’s formation and watched his father from afar with pride as his work brought the Ashford family into a golden age of prosperity. He graduated from university in the 1960’s and specialised in genetic engineering. He was recruited by Umbrella in 1968 shortly after the company’s foundation and joined his father researching the Progenitor Virus. However, Alexander soon came to realise that he was not sufficiently skilled enough to advance their work and began to have self-doubts about taking over from Edward following his retirement. 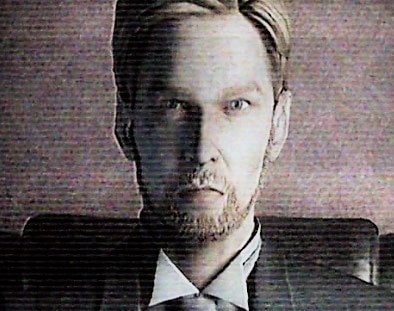 Instead he turned his focus back to genetic engineering and devised an idea of creating a perfect clone of the Ashfords’ great ancestor, Veronica. A working clone matching the intelligence and beauty of his legendary ancestor could then create a new type of t-Virus that would ensure the Ashford’s remained at the forefront of Umbrella and the global scientific field of biotechnology. Alexander and his father enjoyed a close relationship and Edward even confided in him the truth of what happened to George Trevor, the architect who went missing shortly after the Arklay estate was completed in Until now, Spencer had only ever confided in Edward with the truth, but now Edward passed that dark secret onto his son. Alexander also told Edward of his own plan to revive their ancestor, which by now was called Code Veronica. Edward was intrigued, but too busy with his own t-Virus research to play any active part in the plan.

Tragedy struck Alexander just a few month later when an experiment went wrong and his father was killed after being accidentally exposed to the Progenitor Virus. Alexander automatically became the 6th generation family head and there was no way for him to know at the time, but Edward’s death had been planned in advance by Oswell E. Spencer as part of a secret plan to gain total control of Umbrella and remove the influence of the Ashfords. He was presented with an elegant golden candlestick by the new family butler, Scott Harman, but inside, Alexander was devastated and the rest of the Ashford family blamed him for causing Edward’s death.

Afterwards, Spencer shunned Alexander and he became a recluse, his scientific skills not advanced enough to continue t-Virus research on his own. Soon the Ashfords’ research was eclipsed by other development teams and over time, even Alexander himself began to believe he had disgraced the honourable name of the Ashford family. He knew he had to do something to stop Spencer gaining full control of Umbrella for the very idea would have been against his father’s wishes.

With renewed purpose he stopped t-Virus research and turned his attentions back to the Code: Veronica plan. He knew Spencer had eyes everywhere, so he decided to construct a large-scale research facility at an abandoned transport terminal owned by the Ashfords located in the Antarctic. Construction began in February 1969 and was completed the following November. Now Alexander was confident he could begin work without his every move being followed by Spencer, who at the time was busy expanding Umbrella’s multi-national interests. Paranoid, Alexander kept security tight at the facility and even installed a self-destruct device to preserve the secrecy of his work if necessary.

The following year Alexander had his first breakthrough when he finally identified and categorised the genetic element that determined the intelligence of man. He then took tissue samples from the mummified corpse of Veronica, recomposed the base alignment of her genes and implanted them into the unfertilised egg of a surrogate mother. Alexander had theorised that if a specific gene was electrically fused with a mature oocyte and the nucleus removed, the ovum would begin the process of fertilisation, then begin to divide and the same genes would fuse, therefore becoming a clone of the owner’s genes and his own sperm would not need to be introduced. This process proved to be successful but instead of a one perfect clone of Veronica, an unexpected outcome resulted in twins being born, a boy and a girl. The boy had higher intelligence than normal, but not high enough for him to be considered a genius. But the girl was an almost perfect clone of his great ancestor, Veronica. The boy was named Alfred and the girl, Alexia. Alexander was certain that Alexia would restore the great name of the Ashford lineage and his own faults as a researcher would be long forgotten. Alfred was just a by-product of the experiment.

Alexander watched with pride as Alexia grew to be everything he hoped for, working at Umbrella’s German laboratory at the age of just 9, before graduating from university and being appointed as chief researcher at the Antarctic lab just a year later. To commemorate the occasion, Alexander presented Alfred and Alexia with an antique music box that played the lullaby ‘Berceuse;’ a story about a kind king warped by an evil queen. This song would become a staple of his children’s lives from that point onwards.

With his daughter running the lab, Alexander was able to take a back seat to proceedings and watch as Alexia worked on creating a new type of t-Virus known as t-Veronica. As the months went by, Alexia’s vision for t Veronica virus took shape and Alexander watched from the background with fascination. But as he learned more about it, he secretly began to fear for the welfare of his daughter. If the t-Veronica virus ever got out, it potentially had the power to change the fate of the world. In secret, he hastily began working on a special type of weapon designed to destroy the t-Veronica cells. The end product was the Linear Launcher and it was installed in the Antarctic base for such a time when the virus was ever unleashed. He recorded a video message offering operating instructions and timed it to activate if ever the self-destruct mechanism for the facility was activated.

In 1983, Alexia’s brother, Alfred, discovered a secret room in the mansion hall replica of the South Pole facility which led to the inner lab area. It was here that he learned the secret of the Code: Veronica project and the circumstances regarding the origins of Alexia and himself. Enraged, the twins captured Alexander and injected him with the t-Veronica virus. Alexander’s body could not cope with the rapid change of his cells brought on by the virus and he mutated into a horrible monster which later became known as ‘Nosferatu.’

To prolong his suffering, the twins kept him alive and locked him away in the basement of the transport terminal. There he Remained for 15 long years. The virus made his body stronger. He needed no food or water, and his cells possessed high telomerase activity with infinite replication, essentially making him immortal. In 1998 he was let loose and attacked Claire Redfield. But Claire managed to kill him by shooting his heart with a sniper rifle.