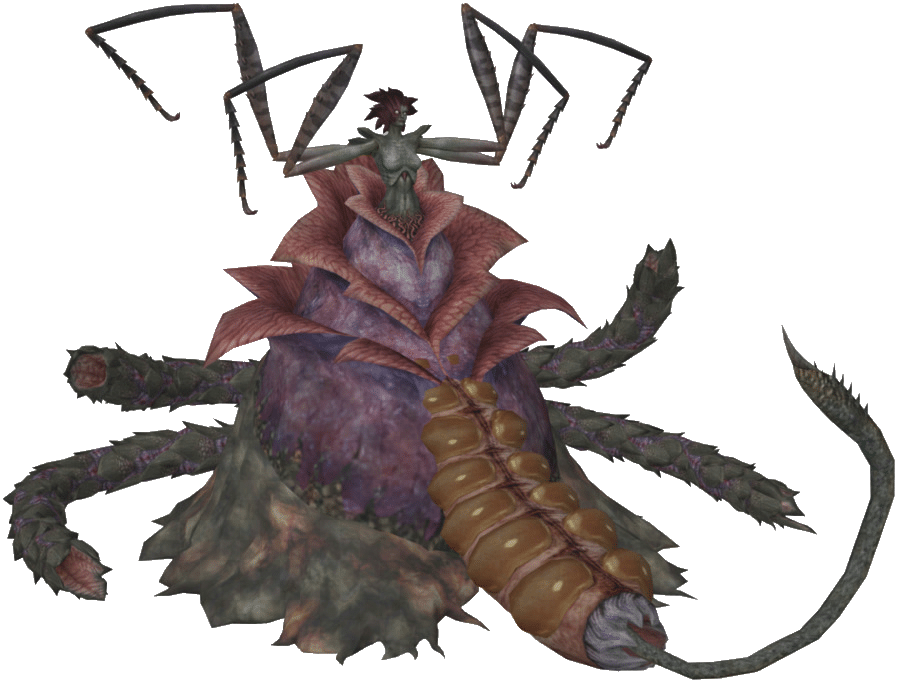 After injecting herself with the t-Veronica Virus and co-existing with the virus within her body for 15 years, in late December 1998, Alexia awoke with a great power harnessed inside her body. Her first sight was that of her dying brother, his last act being to awaken her from her slumber. Alexia’s body had harmonised with t-veronica and she maintained her human form. She linked with the Alexia-Pod and used its tentacles to stop Claire Redfield and Steve Burnside from leaving the facility.

The Pod recognised Alexia as the Queen Ant and relinquished all control to her. She was able to move the large tentacles that were infused across the
base and breed ants and small creatures from the pod, all under her control. Alexia also clashed with Albert Wesker who had arrived to claim t-Veronica as his own and persuade her to come back with him to the rival company. But despite his own increased strength, Wesker was forced to retreat as Alexia was too powerful for him. Her new abilities included several mutations such as the hardening of her skin via a tough, plant-like growth to protect her from gunfire, and flammable blood that combusted when exposed to oxygen.

After Alexia’s encounter with Albert Wesker, she was temporarily subdued by Chris Redfield in the main hall of the replica mansion at the South Pole. This however, was temporary and Alexia was able to make a recovery using her regenerative abilities. Alexia then caught up with both Redfield siblings as they were looking to activate the self-destruct system of the South Pole Laboratory. After taking a further bullet from Chris, Alexia stumbled and summoned assistance from Alexia-Pod which fused with humanoid body. The mutation was extreme, absorbing multiple Ant B.O.Ws to enlarge her form and create a new nesting facility within the bodily mass. Alexia was able to launch projectiles as well as use extended tentacles for attack.

During this time, unseen to the human eye, an additional mutation was occurring within the Pod itself. The Ants were making their rapid preparations for the birth of their Queen, scarifying themselves in the process. The metamorphosis, mimicked that of other ant species whereby the insect would grow wings and fly the nest. Alexia experienced such mutation herself growing wings and leaving the Pod cocoon that had so quickly prepared her for this very moment. Alexia flew free and was able to target Chris from the air.

Despite this impressive mutation and show of power, Chris was able to access the Linear Launcher, a weapon ironically developed by her own hated father. Using this specialist weapon, Alexia was blown to pieces and her plans for world domination was over.