Angela was Captain of the Special Response Team in Harvardville and the younger sister of ex-TerraSave member, Curtis Miller. The S.R.T. was a special unit commissioned to handle emergency situations, response, and life-saving missions. Angela was born and raised in Harvardville and prided herself on protecting her beloved hometown. During her days as a rookie, Angela responded to a call of a young girl who had fallen into a river. Recklessly and without a second’s hesitation, she plunged into the water to save her. Although she was successful, she got into difficulties and three other S.R.T. members were seriously injured rescuing her from the water. This incident continued to haunt Angela every day of her life, but despite her troubles she was well respected and got on well with her subordinates. She was especially close to Greg Glenn, and they would often all go out drinking together. 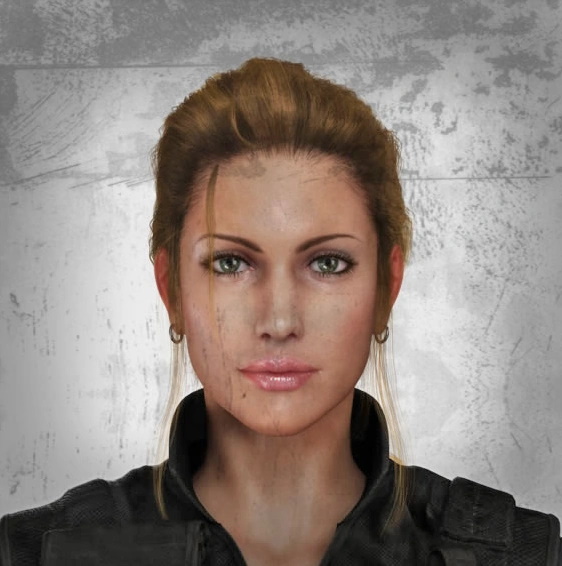 Angela was close to her brother and her family, yet when Curtis lost his wife and child in the Raccoon City tragedy, he became a changed man and their relationship gradually became more strained. In 2002 she lost contact with him altogether after he was arrested and expelled from TerraSave. Angela also took the loss of her niece hard for they had been extremely close. Even years after her death she still addressed letters and diary entries to her posthumously, knowing that she was never going to be around to read them. But this was her own personal coping mechanism for the grief. She eventually tried to wipe away the pain by selling the family home in Harvardville but she pulled out at the last moment and still found herself sleepingin her niece’s empty bed at nights, unable to let go of the memories.

In 2005, Angela began her own private investigation into the WilPharma Corporation who recently unveiled a new state of the art research facility in the town. It was the announcement of this very facility three years prior that got her brother arrested for his violent protests and more recently they had come under public scrutiny after TerraSave exposed WilPharma had been conducting clinical trials with humans in India. But Angela’s Police Chief superior did not want her investigating the company and warned her away. She also picked up a lead on her brother and was told he was staying in a hotel in Chicago. But when she arrived there was no trace of him. What was even stranger was that the room Curtis had supposedly been staying in was registered to an address that did not exist.

On November 12th, 2005, Angela’s life changed once again when her team was called in to deal with the t-Virus outbreak at Harvardville airport. Together with Gregand U.S. Special Agent Leon S. Kennedy, she managed to rescue several survivors from the infested airport, including local senator Ron Davis and TerraSave member Claire Redfield. She later discovered that Curtis was a suspect behind the attack and immediately went back to the family home with Leon to arrest him, only to find it had been set on fire. They later went to WilPharma HQ to assist Claire and discovered Curtis had injected himself with the G-Virus and transformed.

Struggling with her sorrow, she remained strong enough with Leon to defeat G-Curtis and watched him plummet to his death down a huge pit. Later, she uncovered that her brother had been just a pawn in a larger conspiracy and his grief was manipulated by rogue WilPharma researcher, Frederic Downing. When they later caught and arrested Downing, for just a moment Angela contemplated shooting him to gain revenge for her brother but decided against it, opting instead just scare him by firing her weapon without it being loaded. Despite this fresh agony, Angela could take solace knowing that Downing was behind bars and that they had recovered development data for a t-Virus vaccine that could now be mass-produced and distributed across the world, potentially saving millions of years.

Once the incident was over, Angela went for a walk to look over the WilPharma facility and finally allowed herself to come to terms with everything that had happened and put it behind her. Her experience had brought her close to Leon, and before they parted ways she asked if they could go diving again in a cheeky reference to when Leon had given her mouth to mouth after she almost drowned during their ordeal.