The Secret Military Agency (later Anti-Umbrella Pursuit and Investigation Team) was initially an undisclosed, underground organisation devised by top U.S. government official Adam Benford as a direct response to the Raccoon City incident. The primary goal of this unit was to gather information about bio-warfare, illegal viral weapons, and to create effective countermeasures.

The incident at Raccoon City in 1998 played a large role in the creation of this unit and Leon S. Kennedy’s first hand experiences during the biohazard led to his immediate recruitment by Benford himself. Critical in dealing with bioterrorism incidents was the ability to act quickly. On the ground, what mattered most was B.O.W. combat experience, and people like Leon had demonstrated superior survival skills. Kennedy agreed to Benford’s offer in exchange for Sherry Birkin’s unconditional protection and through her the agency gained access to the G-Virus antibody. 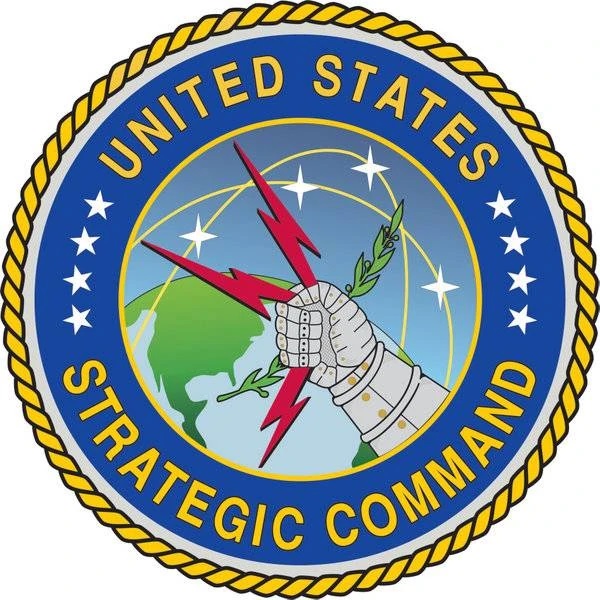 The incident in Raccoon demonstrated a very real threat of deadly biological weapons going out of control, and this was clearly evident not only from incidents involving Umbrella, but also other corporations such as the rival company and in later years, Tricell. Leon’s recruitment was also a means for the U.S. Government to keep a close eye on him and Sherry, both of whom had learned too much about the existence of illegal biological weapons. Members of the Secret Military Agency all received specialist training and were dispatched on secret missions under orders given directly from the White House. Each became specialised in handling bioterrorism incidents which were not easily fought by conventional methods. Agents in charge of special missions were assigned dedicated operators to serve as contact and support personnel, and orders were given via portable data terminals. This was a special measure to ensure there would be no knowledge that the mission was conducted under direct presidential orders, even if the agent failed in his mission.

In its early years, the primary focus of the Secret Military Agency was almost exclusively on Umbrella Corporation and thus became known as the ‘Anti-Umbrella Pursuit and Investigation Team’ (A.U.P.I.T.). It was an elite taskforce formed under the auspices of the United States Strategic Command (U.S. STRATCOM). The unit was under the direct control of the President of the United States and had full authority without hindrance from Federal law enforcement or National investigatory agencies. Agents also possessed high security clearance and had access to classified intelligence channels. Each operative was also bound by the directive ‘Anti-Virus Weapon Protocol No.7600’, which was the eradication of all the weaponised viral strains engineered by Umbrella. Due to their classified and unconventional remit, A.U.P.I.T. missions were carried out not in accordance with standard operational regulations and all field agents involved had to consent to release of all protective responsibilities. Neither the U.S. Government nor the persons in charge of operational command would be held responsible for injury, illness or death to the operative during the execution of their duties. Also, in the case that operatives were captured by hostile forces, neither the government nor the persons in charge of operational command would negotiate with the operative’s captors in any way on their own behalf.

With access to classified government archives, agents like Leon Kennedy were able to research persons of interest such as Albert Wesker and delve into the known history of Umbrella Corporation including its links to prestigious noble families like the Ashford’s. Leon’s access to extensive intelligence channels allowed him to trace the location of Chris Redfield in December 1998, the former S.T.A.R.S. member who had dropped off the grid and had launched his own private investigation into Umbrella. Leon was able to warn Chris that his sister Claire had been captured and passed him the co-ordinates for Rockfort Island where she was being held.

In 2002, A.U.P.I.T. were monitoring the movements of South American drug lord Javier Hidalgo after they made a confirmed link between his criminal Sacred Snakes organisation and a former Umbrella researcher who had escaped justice. The U.S. Government had long believed Hidalgo were purchasing illegal biological weapons from Umbrella to spearhead the Sacred Snakes’ own viral weapons program. When both parties suddenly disappeared completely from public view, A.U.P.I.T. were given clearance for an incursion operation to snatch Hidalgo. Leon Kennedy was chosen as the lead agent for this mission and was working alongside Jack Krauser, a decorated soldier employed under the United States Special Operations Command.

They were sent into the small country of Amparo separately and used a mutual operator named Hannah to rendezvous at the designated mission starting point. During the mission they met Javier’s daughter, Manuela, and realised she had been infected with the t-Veronica virus as part of an extreme treatment program to combat a terminal disease. In order to survive the virus, Manuela had to undergo regular organ transplants and this answered the question why the Sacred Snakes were currently into illegal human organ trafficking and why so many teenage girls had disappeared from the region. Leon and Krauser discovered the Umbrella employee had been murdered and they eventually killed Javier after he allowed himself to bond with the V-Complex; a huge t-Veronica based plant organism that was cultivated to limitlessly consume everything around it. Leon brought Manuela back to the United States where she could undergo further treatment and allow the U.S. Government to explore countermeasures for the t-Veronica virus.

In September 2002, A.U.P.I.T. were called into action again when a terrorist group led by a rogue former Umbrella employee named Morpheus Duvall, seized control of a luxury cruise liner having first stolen samples of the t-Virus from Umbrella’s Paris Laboratory facility. Duvall was holding the U.S. and China to ransom with the threat of launching missiles loaded with the virus at major cities from both nations. A.U.P.I.T. agent Bruce McGivern was dispatched to stop him and worked alongside Fong Ling of the Chinese Ministry of State Security to bring Duvall down. The resulting incident was catastrophic for Umbrella and resulted in the loss of a large percentage of their remaining client base as well as the prototype t+G-Virus and associated samples.

By 2004, following Umbrella’s demise, A.U.P.I.T. switched their focus to rounding up former Umbrella Corporation employees who had gone underground. After receiving the order to cease operations, various former employees and researchers began leaking viruses and B.O.W.s from the company onto the black market. Troublemakers such as rouge nations, guerrillas, and terrorists all rushed to buy the evil weapons created by Umbrella and the world was rocked by bioterrorist incidents.

In Autumn 2004, Leon Kennedy was seconded from A.U.P.I.T. to join the security detail of Ashley Graham, daughter of newly elected P.O.T.U.S., President Graham. Just prior to Leon’s arrival, Ashley was abducted on her way home from university and became embroiled in a conspiracy involving a religious sect called the Los Illuminados, Umbrella’s rival company, and a parasitic organism known as Las Plagas. Using the skills he’d acquired and maintained as an A.U.P.I.T. agent, Leon successfully rescued Ashley and brought her home. He compiled the Kennedy Report which was shared with the B.S.A.A. and was first to suggest that the rival company were ‘the remnants of Umbrella’ looking to resurrect the corporation.

In 2005, a t-Virus outbreak occurred in St. Cloud, Minnesota, and a Rochester City Police Officer named Tyler Howard uncovered evidence that the incident was orchestrated by a group of former Umbrella employees. This evidence saw him come into contact with Adam Benford who later recruited Howard as an agent for A.U.P.I.T. Howard’s recruitment into the secret agency was covered up by having his death faked and he was declared KIA during the incident. A.U.P.I.T. continued to function for the next six years until the entire organisation was overhauled and replaced by the formation of the Division of Security Operations in February 2011.

As A.U.P.I.T. was one of several taskforces operating under U.S. STRATCOM, the premise of the D.S.O. was to select the very best agents from other branches of U.S. security and bring them under one elite group to act as the ‘Sword of the President’ in the ongoing fight against bioterrorism. The D.S.O. and accompanying Field Operations Support (F.O.S.) was the spiritual successor to both the F.B.C. and A.U.P.I.T. under one banner.