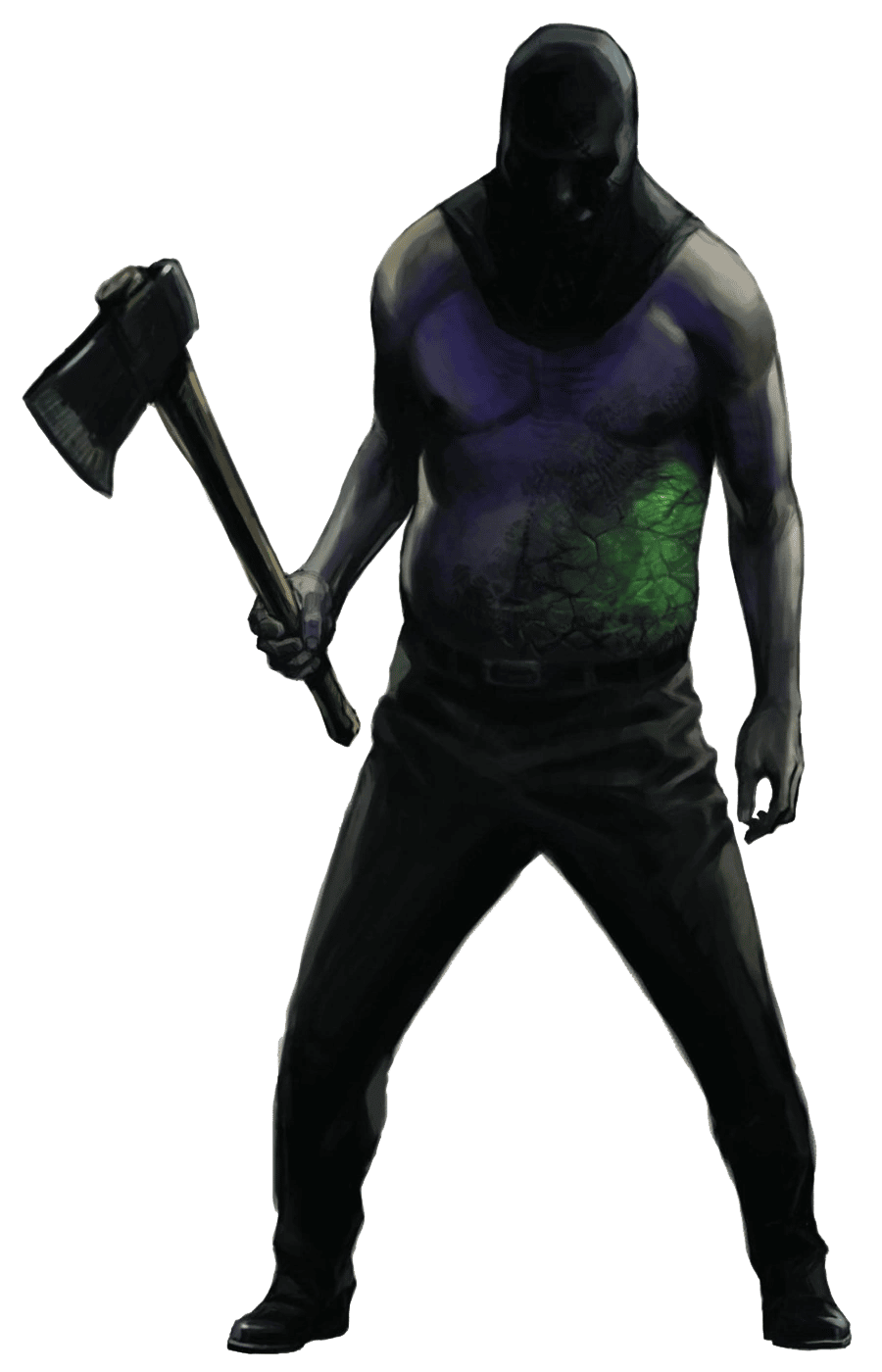 The Axe-man was former hospital administrator Albert Lester who became exposed to a strange plant that had been infected with a medicinal strain of the t-Virus years earlier. His infection was unique in that he kept his human form and his skin hardened like that of a plant, making him resistant to gun fire. This metastasised through a rough patch of green skin on the lower-left side of his chest. In addition he retained full memory and intelligence although he did degenerate and become more insane over time. His pain receptors were dulled significantly and he was able to shake off the full force of a shotgun blast.

As his infection progressed, he noted how he lost the ability to feel temperature variations and his appetite rapidly reduced. This latter symptom was particularly unusual for a t-Virus carrier, with a rapidly increased metabolism being a normal trait of an infected human subject.

Lester’s reaction to the virus suggests his DNA was almost perfectly compatible to the t-Virus, but unfortunately further study is impossible after he died when the old hospital collapsed in on itself. There is no further data available.