Barrington Meyer was a supremely confident police detective operating out of Philosophy City in Western Australia. He was cold, arrogant and had little tolerance for those around him. Barrington was extremely calculating and liked to manipulate situations and individuals to suit his own needs. He was obsessed with greed and valued money above everything else, believing that people without money would soon be disposed by the world. His confident and investigatory skills were well suited for a career in law enforcement and it wasn’t long before he made the switch from uniformed patrol officer to no-nonsense detective.

His disregard for others meant he usually worked on his own and he would never hesitate to cut corners in order to complete a case. His weapon of choice was an old-style magnum revolver, symbolising his brash demeanour and self-confident outlook on life. His arrogance ensured he wasn’t well thought of by others. 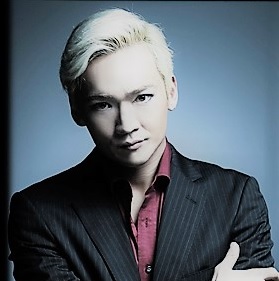 In 2010, Barrington worked closely with Ezra Sennett; the dean at Philosophy University when he was asked to discreetly look into the disappearance of several students from the institute. Barrington took advantage of Ezra’s desperate pleas to keep the investigation low-key to avoid any bad publicity and began demanding bribe money to keep things discreet. Ezra accepted but believed he could control Barrington because of his obsession for wealth.

Obsession equalled anxiety and with no end to anxiety, he believed Barrington would work for him until his death. Ezra’s adopted son Matthew was less certain. He did not trust Barrington and felt they were paying him too much. But Barrington was not stupid and kept close watch over Matthew during all his dealings with Ezra. When Rebecca Chambers began working at the university as a temporary science teacher, Barrington tracked her movements using the CCTV cameras, soon discovering she took an unusual interest in the fossil museum and Professor Howard. His suspicions were further heightened when he conducted a background check and discovered her former employment as a Raccoon City S.T.A.R.S. member.

When the outbreak eventually broke out across the university, Barrington initially worked alongside the B.S.A.A. to clear out the zombies but eventually betrayed them and took Rebecca hostage as collateral to convince Chris and the others to keep the incident on the down low. He needed the incident to be taken care of quickly and quietly without press intervention in order to secure his bribe money from Ezra. His plan changed when Rebecca escaped and when Matthew committed suicide he tried to convince the others to back his claim that a serial killer was responsible for the missing students, wanting to frame Matthew as the killer. But Sophie and the others scoffed at his plan and promised to expose his scheming.

Whilst distracted, Barrington was bitten by the late Posh Brown and soon became a zombie himself. He was eventually killed by Sophie and collapsed down dead in a pile of his own money.