Billy Coen was a complex character with a mysterious past. Little is known about his family or his upbringing. He had a tattoo running up his right arm reading ‘Mother Love’, though whether this was a family reference is unknown. Billy joined the U.S. Military at a young age, building up an impressive physique and strong combat skills. He later joined the Marines and rose to the rank of 2nd Lieutenant.

In 1997, his unit was ordered to Africa to intervene in a civil war and sent on an insurgency mission. They touched down deep in the jungle on an incursion to raid a guerrilla hideout, but the entry point was far away from their destination and the squad soon became weak and disorientated in the extreme heat. 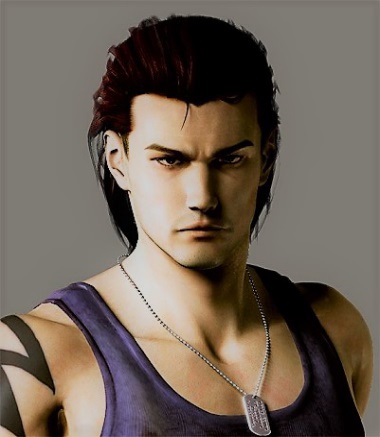 On route they came under attack and lost some of their number to enemy snipers hiding in the trees who were much more familiar with the environment. By the time they arrived at the destination coordinates, only Billy and three others were left alive. Unfortunately their incursion mission was based upon inaccurate intelligence and there was no guerrilla hideout, only a small village full of innocent tribesmen and their families. Exhausted, Angry, and delirious from the heat, the team leader ordered the villagers to be all rounded up and executed. Realising what was about to happen, Billy tried to stop the attack but was knocked out cold. By the time the massacre was over and the team were extracted, they had already colluded to blame the whole thing on Billy.

Upon his return to America he was to be tried for the murder of 23 people. The incident was leaked to the public and it caused national uproar with an investigation launched into the U.S. Military. Billy Coen was made the public scapegoat and ‘War is Power’ magazine published an extensive editorial on the scandal. On July 22nd 1998, Billy Coen was formally charged and court-martialled. He was due to be transported to the Ragathon base for execution the very next day.

On the evening of the 23rd, Billy was transported by two Military Police officers through Raccoon Forest when their truck was attacked, either by Cerberus dogs roaming the forest of the leeches under the control of the Queen. Both Military Police escorts were killed but Billy managed to escape by breaking the ring on one of his handcuffs. He fled into the woods and sought refuge on the nearby stationary Ecliptic Express. A little later on he encountered Rebecca Chambers, a rookie S.T.A.R.S. member who had come looking for him.

Initially wary of one another, they decided to team up to survive the horrors of the train. Before long, the train was redirected by an Umbrella retrieval team and they found themselves heading for the abandoned Management Training Facility and away from the rest of Bravo Team. After activating the emergency brake, the train derailed in the facility basement but both Billy and Rebecca survived. Together they explored the old building, uncovering some of Umbrella’s old secrets and the origins of the t-Virus program. Billy proved his worth to Rebecca several times, saving her from the giant Centurion creature and from plummeting to death when the old floor collapsed in the basement. He was a man of few words, but Rebecca soon came to trust him and was even willing to lie to her own commanding officer about his whereabouts. She went against orders and risked her life to find Billy when he was washed away at the church following an Eliminator attack. They were finally reunited at the water treatment plant and there they encountered and killed the Queen Leech, both escaping just as the entire facility went critical.

After resting up, they sat on a hill overlooking the Arklay Mansion and decided to go their separate ways. Rebecca took his dog tags and reported Billy Coen as deceased. Thanks to her, Billy was able to walk away and begin a new life, not having to worry about the authorities any longer. Since the incident, he has gone missing and never showed up on the grid again.