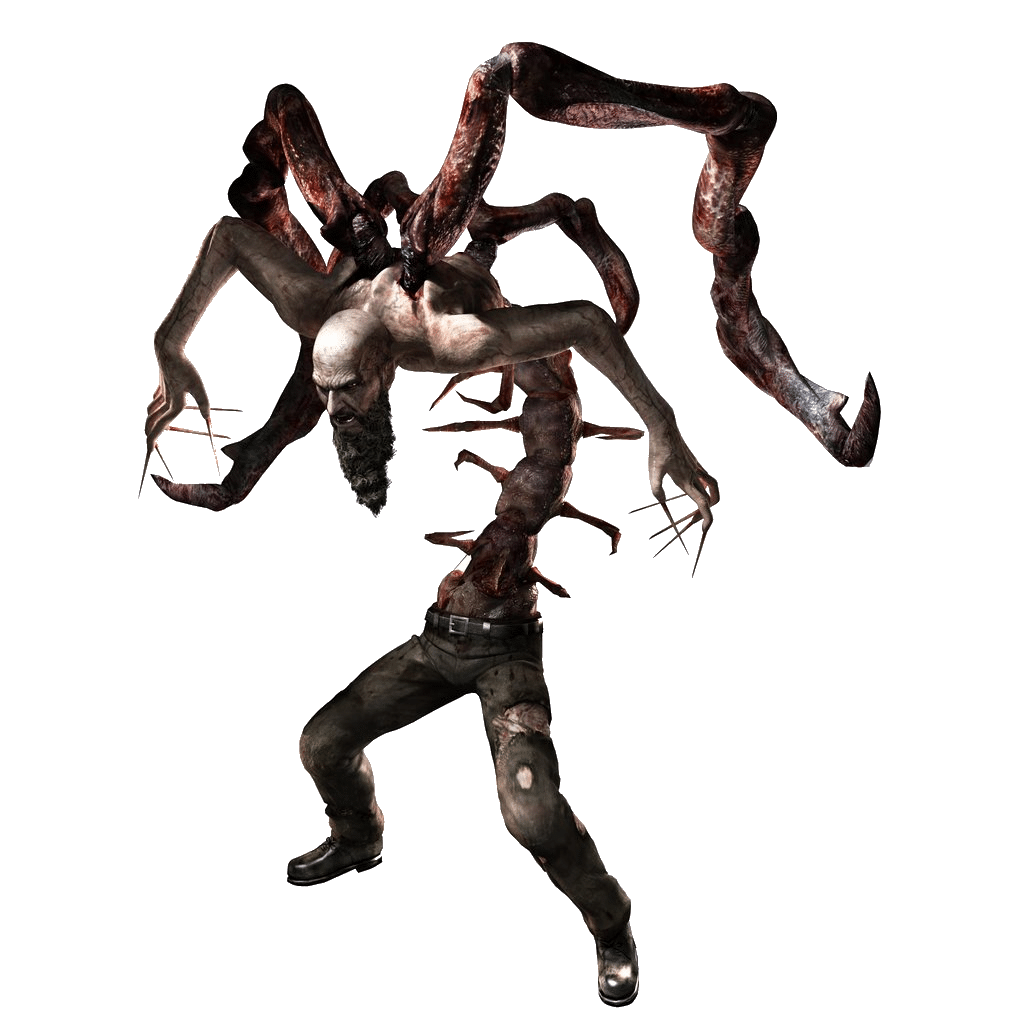 Bitores Mendez, village chief was empowered with the Dominant Plaga and as a result was able to retain independent thoughts. The application of the Plaga saw Mendez gain superhuman strength beyond that of any normal person. He was able to throw around Leon S Kennedy with ease during the US Agent’s investigation into the disappearance of Ashley Graham.

After locking in Leon into a barn on the edge of the village, Mendez goes in for the kill before Leon rolls out of the way and kicks over a barrel of oil which pools around the village chief. Leon shoots the oil to ignite it and momentarily Mendez is lost amidst a huge explosion that sets many parts of the barn on fire.

Still alive, though the damage he suffered has caused him to trigger his Dominant Plaga mutation. His build increases as his torso shreds and expands, supported on an elongated spinal cord which has fused with the Plaga and resulted in scorpion-like appendages growing out of his back. Bone marrow now extends out of his overgrown, exposed spinal column resulting in a centipede-like appearance.

After engaging in battle with Leon, Mendez endures significant damage to the point where his legs are severed from his spine. The Dominant Plaga can now be seen exposed from his tailbone and it now resorts to using its arms and appendages to swing from the wooden beams around the room. Despite the power the Plaga provided, Leon was able to defeat Mendez in the fiery barn removing his eye to escape the village.