The Chrysalid Virus was the work of gifted researcher Carla Radames who began the project in 2001 as a means to create a viable clone of Derek Simmons’ once close associate, Ada Wong. Once this goal was successfully achieved years later, the C-Virus was used for weaponisation and countless biological weapons were produced, making use of the virus’ key characteristic of completely breaking down the host body and reconstructing it as a ‘Complete Mutation Species’. The basis for these weapons was to achieve Simmons’ goal of monopolising and controlling the global B.O.W market and thus strengthening The Family’s hold over global power shifts. 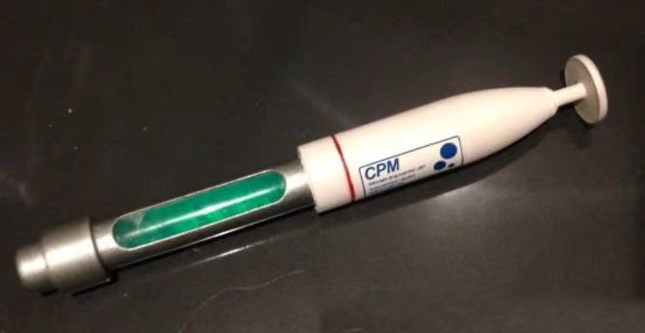 The C-Virus was a completely artificial, RNA retrovirus that caused the deterioration of red blood cells and inflicted a host of bizarre and random mutations. Its creation was down to a successful combination of both the t-Veronica and G-Virus. For the initial phase of development, Carla Radames succeeded in extracting the ‘DNA Mutation Attribute’ – a key component of the original Progenitor Virus that allowed it to serve as a base template for many improved, weaponised strains that Umbrella specialised in developing. The many variants of t-Virus that were created only further strengthened this attribute through recombination. This was then combined with the t-Veronica virus which by now had been largely detoxified and scheduled for disposal. The resulting fusion allowed for the creation of the ‘T-02’ strain of Veronica that completely negated virus rejection by the brain cells and the necessary 15 year adaption period. T-02 was later successfully combined with the G-Virus to form the base C-Virus prototype.

After years of further refinement, the virus was ready for testing. Direct injection into a human host would cause them to mutate into a B.O.W. known as ‘J’avo’; a human biological weapon and the result of average compatibility with the virus. J’avo retained enough intelligence to carry out complex instructions and were capable of extended injury thresholds and bizarre mutations to make them stronger.

The C-Virus had the ability to repair and restore significant tissue damage and injury, but in doing so caused further mutation – a common trait of the G-Virus. The more severe the injury, the more excessive the resulting mutation could be. Because the C-Virus was originally based on Veronica, the C-Virus strengthened and improved the mutagenic effects of its predecessor – an effect demonstrated in the insect and plant-like mutations it produced. Those infected with the C-Virus undergo self-combustion upon death due to their abnormally high body temperature and this is also believed to be a trait inherited from the t-Veronica Virus which also gave its victims flammable blood. Additionally when a body part is significantly damaged, the C-Virus attempted to restore the incapacitated cells and as a result the damaged area would mutate into something resembling the form of an insect.

Because the C-Virus successfully overcame severe brain cell degeneration, it allowed the J’avo to carry out orders and operate complicated implements such as weapons and vehicles. When a J’avo suffered enough damage and overcame its bodily threshold, the C-Virus would activate and mutate the skin into a form resembling a pupa. Soon the entire body would be covered by a tough, cocoon-like structure. Inside this chrysalid, the virus will dissolve the host body’s composition and reform it, thus giving birth to a completely different creature from the J’avo. These creatures are known as Complete Mutation Species and are a completely new organism.

During development of Project Ada, Carla Radames was able to use the virus as a retroviral vector to preserve the feminine aspect in her test subjects. Based on this work, researchers also added animal genes to the C-Virus and noted the mutant creatures produced from the chrysalids reflected the characteristics of these animals. The virus reacted particularly favourably to reptiles and mammals, preserving the strong features of both species and it was soon confirmed the C-Virus automatically tries to replicate whichever third party DNA is being introduced. Being able to determine the final outcome for the complete mutation was a key component of creating reliable bio-organic weapons. This research was instrumental in stabilizing the C-Virus and creating something that would birth multiple bioweapons.

Many J’avo and Complete Mutation Species develop numerous eyeballs when wounded, another trait believed to have been adopted from the G-Virus fusion process. Creatures born of the C-Virus become more humanoid in appearance as they evolve, losing more and more of their bestial and insect-like traits. This is why Complete Mutation Species such as the Lepotica have minimal insect components and are visually closer to a human. Different strains of C-Virus can be manipulated to create different CMS species, meaning any potential outbreak can be manipulated to ensure the right creatures suited for that environment will be in play. B.O.W’s created with the C-Virus were given further durability when classified Neo-Umbrella experiments extracted magma from below the ocean floor to gather microbes and bacteria that thrived in such conditions. These traits were then applied to the virus to create creatures also able to survive under severe environments. Like previous viral strains, the C-Virus reacted favourably to hosts with an ideal genetic makeup. This resulted in a human Tyrant-like creature known as ‘Ustanak’.

The C-Virus is spread via two main forms; direct injection into the bloodstream,and via airborne toxin which has the appearance of a black cloud of gas. Direct injection into a human will result in manifestation into a J’avo. Due to the speed in which the C-Virus works, transformation from a human into a J’avo can take less than a minute. If the C-Virus is injected in a dead or severely injured host, they will immediately chrysallise and their bodily composition will be broken down and reconstituted ready to be reborn as a CMS.

Alternatively the airborne strain of the C-Virus was originally created by the Complete Mutation Species Lepotica. Exposure and ingestion of the gas will not create J’avo, but instead cause the infected person to regenerate into a zombie. The incubation period varies from less than a minute to several hours depending on the exposed person’s proximity to the gas. Inhalation causes the body to necrotise from within and destroy the brain cells. The skin will visibly turn pale and eye pupils will blur and discolour. The gas-based strain of C-Virus is also capable of revitalising dead cells and will reanimate any corpses exposed. C-Virus zombies are slightly more durable than their t-Virus counterparts and although their intelligence is all but degraded, they retain enough about them to operate basic machinery and wield objects and tools as weapons. This strain of C-Virus is also trans-species and can infect animals, though it remains to be seen if plants and vegetation can also become exposed.

One unique difference with the C-Virus compared to previous viral weapons is a complete lack of secondary infectant transmission. This is believed to be a deliberately engineered trait to prevent outbreaks from spreading indiscriminately and allowing The Family to retain more control when using it as a weapon. It also ensured keeping unnecessary casualties to a minimum. Derek Simmons conducted a detailed case study into the Raccoon City incident and discovered both the Arklay Mountains murders leading to the mansion incident and later the biohazard in the city was the cause of zombies spreading the t-Virus via secondary infection, meaning Umbrella were never in control of the outbreak. But with the C-Virus, more control is retained because if a group of humans are exposed to the gas they will all become zombies, but should a zombie escape the outbreak zone and bite another uninfected human, the virus will not be transmitted. Likewise other animals will not become infected by feeding off contaminated corpses.

The C-Virus was further strengthened through application of blood samples from Jake Muller; the son of Albert Wesker and inheritor of an extremely special and unique blood type. Jake’s blood had a powerful immune system which led to him having a high resistance to many viral strains. In 2013 Carla Radames adopted this characteristic and used it to re-engineer the C-Virus into a more potent strain. The enhanced C-Virus bypasses the chrysalid stage completely and not only strengthens the host, but allows them to mutate indefinitely into new forms without compromising its cellular integrity. 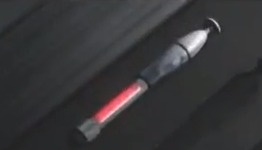 The enhanced C-Virus was incredibly difficult to manufacture and only Carla Radames knew the exact process, meaning it is unlikely to be replicated by outside sources and her death in 2013 ensured the chances of mass-production remain minimal. As such, only a limited amount of the Enhanced C-Virus is known to exist. Humans infected with Enhanced C-Virus will largely retain their original form with examples including Bindi Bergara, Piers Nivans,and Simmons himself. But in the case of Carla Radames who was fatally injured when she injected herself, her body threshold was too far gone and she mutated almost instantaneously. Despite the endless mutation cycles, enhanced infectees are able to retain intelligence and communicate until their vocal faculties are lost. This is a key improvement over the original G-Virus which further degenerated its host’s intelligence with each mutation cycle. If the human host has only minor injuries when initially infected, the host’s genetic material is preserved and they are able to revert back from excessive mutation to their original form until injury threshold is overloaded. This is another t-Veronica trait first documented with Steve Burnside’s mutation but now made much stronger.

A vaccine known as ‘Anti-C’ was later developed by the U.S. Government using antibodies taken from Jake Muller; the same individual whose blood was used to create the enhanced strain and someone who was completely immune to the base C-Virus. The government used Jake’s blood to manufacture Anti-C and therefore reduce the risks of a serious biohazard. Administering the vaccine before infection will immunise against the C-Virus, and even those already infected have a chance of survival if the vaccine is applied before J’avo mutation is complete, though the success rate for this is still very low. The vaccine is also capable of completely neutralising J’avo, chrysalids and Complete Mutation Species and will kill them immediately. Anti-C is by no means perfect, but it is effective. But given its potent mutagenic properties thanks to incorporation of the G-Virus, there is a high chance the C-Virus will mutate and it is only a matter of time before a new strain evolves that is completely resistant to Anti-C.