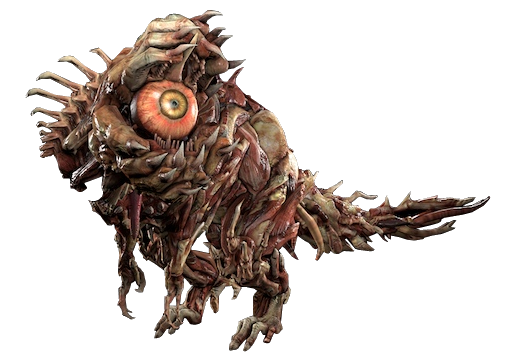 This biological monstrosity was the result of Derek C. Simmons being injected with the Enhanced C-Virus. Unlike normal C-Virus victims, the effects of the Enhanced strain on Simmons was striking.

Visible scars began to appear all his body as he suffered from painful and seemingly random mutations of extreme proportions. During multiple encounters with Leon S Kennedy, Helena Harper, Ada Wong, Chris Redfield and Piers Nivans, Simmons underwent mutations similar to a dinosaur, a fly and a wolf. Each mutation would see Simmons display remarkable resilience with an ability to mutate back down to human form before rapidly mutating back to his monster form.

Through a combination of the above quartet, Simmons was eventually killed.