The D.S.O. is an organisation for a new breed of agents who have the readiness and flexibility to protect the United States from the growing threat of bioterrorism. The D.S.O. was set up in February 2011 by order of President Adam Benford and he conceived the unit alongside long-time friend Leon S. Kennedy.

The D.S.O. is a counter bioterrorism organisation and spiritual successor to the Federal Bioterrorism Commission (F.B.C.) although there is no connection between the two and the F.B.C. had an entirely different operating structure. The D.S.O.’s formation came about due to the existing menace of bioterrorism added to the war on terror that began with the September 11 attack in 2001. It was difficult to combat these problems within the U.S. Government’s current organisational framework, including the Secret Military Agency Benford himself set up following the 1998 Raccoon City incident. 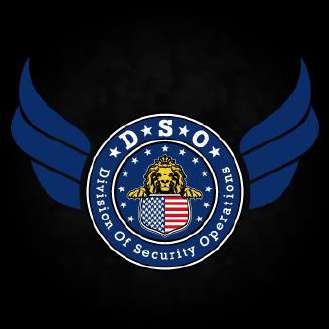 The D.S.O. is able to command elite members of various security organisations, making each directly accountable to the President. Adhering to the president’s own vision of justice and eliminating any crisis that represented a clear danger to the U.S., the D.S.O. gained the nickname of ‘The President’s Sword’ in just two years following an impressive tenure that all but eliminated domestic bioterrorism threats. The unofficial motto for the organisation is ‘Peace through Fighting.’

The operations of D.S.O. agents mainly centre on investigation and espionage. Agents usually work alone or in very small teams. They are supplied with firearms and high-performance handguns but were soon given specialised equipment when it became apparent conventional firearms used by law enforcement and the military were not always suitable against bio-organic-weapons. Funds were supplied to develop and manufacture firearms specifically designed to combat B.O.W.s. The D.S.O. also revived similar projects that the F.B.C. conducted, such as the Sentinel Project. Back in its day thanks to the influence of Morgan Lansdale the F.B.C. had an abundance of financial power and a military budget equal to that of a small country. Their original Sentinel Project was dedicated to developing unique equipment and firearms specialising in anti-bioterrorism. The Sentinel Project was scrapped following the dissolution of the F.B.C. in 2005, but the D.S.O. was able to absorb the vast quantity of data such as analysis on prototype equipment models and manufactured trial products.

The Sentinel Project was revived and Leon Kennedy was chosen to be a supervisor for this project given his vast experience combating B.O.W.s in Raccoon City, South America and Southern Europe. Leon supervised a number of new handguns developed for D.S.O. agents under the criterion of ‘versatility’, ‘reliability’ and ‘stability.’ One of the first handguns manufactured under the new Sentinel Project was the SIG P226E2 and this became standard issue for all D.S.O. agents. As the project continued, a custom version of the SIG P226E2 was developed and named the ‘Sentinel Nine.’ A number of improvements were made to the base model and the D.S.O. motto of ‘Peace through Fighting’ was stamped onto the barrel. By 2013 only a handful of Sentinel Nine trial weapons had been produced. As supervisor, Leon was due to test the gun in a real-life combat situation and planned full-scale production would be decided following feedback and data analysis. Unfortunately, the 2013 bio-terror attack in Tall Oaks came too soon for Leon to receive the new weapon and he did not take delivery of the Sentinel Nine until after that incident was resolved. As it stands, a decision on mass-production of the Sentinel Nine for all D.S.O. agents remains undecided.

In addition to Leon, Sherry Birkin also became a D.S.O. agent in 2012 having been recruited from another internal U.S. Government organisation. Helena Harper also applied, and her candidacy was supported by Ingrid Hunnigan, but her previous disciplinary issues from her tenure in the C.I.A. saw her application ultimately rejected. But following her role in exposing Derek Simmons and her actions during the Tall Oaks and Lanshiang bio-terror attacks, Helena was formally inducted into the D.S.O. in July 2013. Former S.T.A.R.S. member Rebecca Chambers also supports the D.S.O. in an advisory capacity.

D.S.O. agents were active during both the Tall Oaks and Lanshiang bio-terror attacks of 2013, and in the aftermath several key operatives were assigned to uncover and apprehend traitors within the U.S. Government selling classified information to outside organisations.

The emblem of the D.S.O. is a circular shield flanked with eagle wings containing a Lion protecting the American flag. This was designed with the concept of the envoy being someone with maximum authority, and to express the relationship between the president and the agents. The eagle image was used as a symbol of strength, courage, farsightedness, and immortality. There was also the idea of an envoy for a powerful god, therefore a lion was placed in the crown to depict the god/president and the eagle to depict the envoy/agent.

At the same time as the D.S.O., the Field Operations Support (F.O.S.) was set up by Benford to support agents across the D.S.O. The organisation was born so that agents from differing government bodies, working under separate chains of command for the common good of U.S. interests, could carry out missions securely and efficiently under a centralised authority. The agents organisational streamlining has brought benefits to a country that is still facing numerous threats, including bioterrorism. Ingrid Hunnigan was installed as operations coordinator and the F.O.S. worked in direct tandem with the D.S.O.

In 2013, all F.O.S. operatives were mobilized to assess the situation under the command of National Security Advisor Derek C. Simmons. Unable to grasp the true nature of the utilized Bio Organic Weapons, dispatch of the Army was difficult and FOS-assisted agents became the true spearhead.