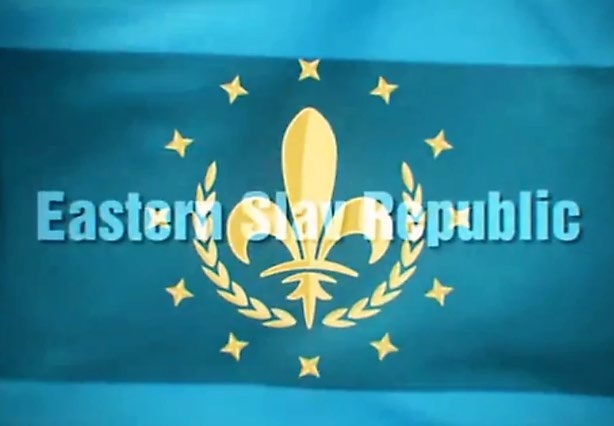 The Eastern Slav Republic was a Sovereign State that became independent of the Soviet Union following its collapse in 1991. It was located north of Hungary somewhere near the border of Budapest and the capital city was Holifgrad, where the central government and presidential palace was located. Renaissance architecture was prominent in Eastern Slav and agriculture was abundant with much of the geography made up of rich and fertile lands ripe for the harvesting of natural resources. Beekeeping was also popular and soon the small country was famous for the honey it produced. Likewise it also had a market for precious stones and rubies.

The history of Eastern Slav is vague, although records date back to around the 9th century when a Russian tribe from Northern Europe established a principality that would later lay down the foundations of what would eventually become Eastern Slav. This settlement expanded rapidly over the next 200 years and in the 11th century a Greek Orthodox Church was constructed. During the Polish-Muscovite War in the early 17th century, Eastern Slav was caught in the brunt of the conflict. But the Elders of Eastern Slav managed to escape unharmed as a Cossack presbyter named Boris Shevchenko had constructed a number of underground tunnels beneath the castle to help his people cope with the ongoing invasion. Many of these tunnels still exist in the present day beneath the streets of Holifgrad. When the war was eventually over the land of Eastern Slav returned to peace and remained so for several centuries. But by the end of the 18th century the two great empires of Russia and Austria dominated the small country.

It was around the beginning of the 20th Century shortly after the end of the Russo-Japanese war that it became known Eastern Slav was blessed with many rich energy sources such as oil and natural gas. In 1911 the central palace (later to become the Presidential Palace) was constricted in the capital of Holifgrad. At that time it was the villa of the Russian Emperor and to commemorate its completion, a large, ornate, heavy table was placed in the emperor’s office. Following the aftermath of the Russian revolution, the map of Eastern Europe was largely reworked. The Eastern Slav council is formed and declares independence, but this is short-lived once the Soviet Union’s role of governance began. Eastern Slav luckily escaped the brunt of the German air force attacks during World War II and it was around this time the father of future President Svetlana Belikova served in the military. The country existed relatively unobserved for the next 50 years or so until 1989 when the inevitable end of the soviet era brought up the topic of independence once again, finally electing a president and becoming a republic two years later.

Although the people of Eastern Slav initially embraced Capitalism, trade and industry being controlled by private owners and corporations gave rise to the Oligarchs. The prosperous development of the country’s natural resources coincided with a significant divide between the rich and poor, and resulted in the formation of a separatist movement. A number of disputes erupted between the government, controlled by the wealthy oligarchy, and the anti-government forces, which had the support of the people.

In 2006 the country was plunged into Civil War with the military prospering under government control, and the rebels being organised by the Council of Elders. The outbreak of war put paid to any chance of the Eastern Slav Republic’s application to become a nation of the European Union, despite President Svetlana Belikova’s attempts to stop the conflict. After several years of brutal fighting, Belikova engineered a ceasefire between both sides, but this was short-lived when in November 2010 it was discovered that the rebels’ land contained valuable resources. This led to a clandestine operation where Belikova’s government secretly supplied the Council of Elders with B.O.W.s and a new synthetic strain of Las Plagas to help them fight the ongoing war. But this ploy was all a set-up to frame the rebels as bioterrorists and allow the flawed Plaga strain to destroy the Elders from within as a Trojan horse. In the end, the rebels prevailed and in 2011 intervention from both the U.S. and Russian Government’s brought an end to the war. In the months that followed, President Belikova resigned and the private corporations that had dominated the small country for so long were exiled. The Russians and Americans installed a temporary government until stability was brought to the small country and a new regime was elected into power by its citizens.