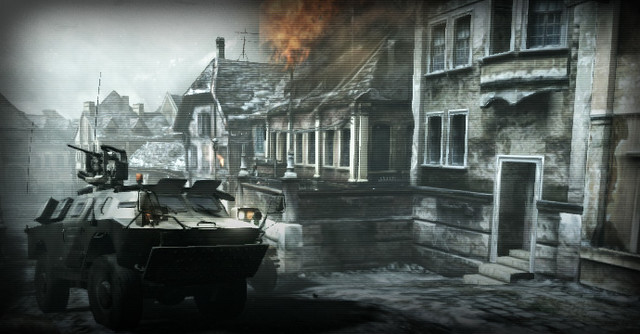 Edonia is a small Eastern European country that used to form part of the “Eastern Bloc” group of countries. It is unclear exactly where the country is geographically positioned, but based on local languages it is likely to be small state close to Serbia and Bosnia-Hertogovenia.

Following the collapse of communist U.S.S.R and their allies, democracy swept across the region including Edonia. Two decades later and its domestic affairs had gradually turned to chaos. Taking advantage of the unstable situation, a group of generals carried out a coup to seize control of the country. Edonia City Hall was quickly occupied, and this sudden and unexpected development quickly galvanised the disarrayed government into action.

With his popularity waning, the Prime Minister dissolved parliament and immediately called an election. Edonia’s political scene settled down with a majority victory for a party elected on a campaign promise to strengthen E.U. ties. The group that carried out the original coup gradually fell apart, but some radicals became rebels and continued a stubborn resistance. Taking advantage of increasing instability in neighbouring countries, the rebels struck back. After public riots, Edonia was plunged into civil war in 2010. The rebels rebranded themselves as the Edonian Liberation Army and took a black spider motif against a red background as their sigil. The group’s motto was the Italian phrase ‘La Vita Nuova’ which was taken from a text by Dante Alighieri published in 1295 meaning ‘The New Life.’ How the group were financed remains unknown although it was likely they acquired significant donations from sympathisers to their cause and anonymous benefactors to purchase arms and vehicles. Their troops were made up of ex-military officers and civilians trained to handle firearms. The E.L.A. also employed additional forces by hiring a number of mercenaries to fight for their cause. Before long, their arsenal included a Soviet T-42 tank and rail gun turrets. For troop movement and aerial deployment, they used C-130E Hercules cargo planes.

In 2012, the E.L.A. made an alliance with terrorist organisation Neo-Umbrella and purchased two Ogroman B.O.W.s to help them defend City Hall. They also acquired stocks of what they believed were nutritional supplements for their soldiers, but in reality these ‘energy boosters’ were concentrated does of C-Virus. Once the troops injected themselves they immediately became J’avo. Although the J’avo retained their self-will and continued to fight for the E.L.A.’s cause, their appearance resulted in the intervention of the B.S.A.A. Albert Wesker’s son, Jake Muller, was employed at the time by the E.L.A. as a mercenary. But he fought with them purely for financial gain rather than any political motivation.

Although he was a native Edonian, Jake had no interest in his home country’s politics. The C-Virus wiped out a majority of the E.L.A.’s forces and the war was brought to a close shortly afterwards. It is believed the remainder of the E.L.A. either disbanded or their resources were too depleted to challenge the government any further. The current political status of Edonia is unknown.