Ezra Sennett was an only child born into poverty during the outbreak of World War II. Little Ezra worshiped his parents who did their best to provide and teach him the meanings of being a good person. However, his world was shattered in 1945 when the war came to their home country and Ezra’s parents were both killed right in front of him by the enemy. He was orphaned at the tender age of six and sent to work cleaning up the dead bodies at the rescue tents. One day, he asked a nearby medic about all the death and destruction, wanting to know why everybody had to die. The medic had a kind heart and explained to this frightened little boy that war always endured because mankind never stopped to learn from their mistakes. These words dug deep into Ezra and struck a chord with him.

After the war, he grew up and forged a good life for himself, following the philosophy ingrained into him by the medic’s words and advocating self-learning and education as the true path to peace and prosperity. His own success was proof this belief could work. Ezra worked in education and preached that mankind’s eagerness to learn and improve should be a never-ending hunger and the desire to better oneself should outweigh the need for war and destruction. These guiding principles enabled him to carve out a successful career and in later years he founded Philosophy University in Western Australia from the ground up, intending to use this premier education centre as a tool for young people to make themselves better people. 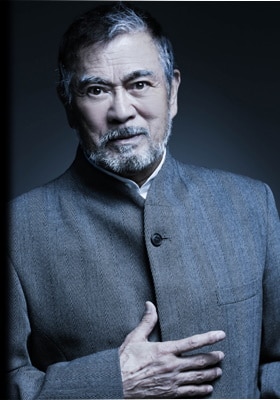 Ezra had no children of his own yet was deeply taken with them. He would often visit orphanages and speak with orphans because he felt a connection to them all given his own personal experiences all those years ago. One day he met an orphaned child named Matthew Russell and was so taken in by this young man’s desire to learn things, despite having no parents or family to look after him, that Ezra formally adopted him. Matthew would grow up to be an exceedingly bright young man and worked as his father’s personal assistant at the university.

In the mind-2000s. Ezra came into contact with Ryan Howard, an ex-Umbrella researcher who had lost his way in life following the apparent death of his son Tyler during a bioterrorist incident in St. Cloud, Minnesota. Ezra gave Howard a teaching position at his university after Howard manipulated Ezra’s good character and his beliefs about the power of learning by insisting he could create the perfect virus to artificially enhance human intelligence, expanding brainwaves to provide an endless capacity to learn new things. Howard used Mary Gray, his adopted daughter, as an example. Mary was an exceedingly rare human subject who adapted perfectly to the t-Virus, and as a result her IQ had sky-rocketed to 230. Ezra was completely taken in and saw this as an ideal way to usher in his own vision for humanity’s future; a world in which intelligent humans would rule peacefully and the natural thirst for war and conflict would be drowned out by an overwhelming natural desire to further learn and better themselves.

With Ezra’s help, Howard was given access to state of the art facilities and his own personal laboratory at the university where he was able to work in secret on an improved t-Virus strain. However, the bitterness over losing Tyler still clouded his judgement and he turned his attention to biological weapons research in a bid to punish the world for taking his son away from him. He began experimenting on students, and an alarming number suddenly went missing from the university. Ezra, desperate to maintain the impeccable reputation of his institution, bribed a local police detective named Barrington Meyer to discreetly investigate the disappearances and come up with an appropriate false cover story to protect Philosophy University. Ezra also employed Rebecca Chambers in a temporary teaching role, unaware of her true position as an advisor to the B.S.A.A. Ezra was warm and friendly towards Rebecca, and did his best to ensure she settled in.

But his world quickly began to unravel when zombies appeared at the university. He was also devastated when Matthew committed suicide, following Ezra’s rejection of his plan to use Howard’s virus to upgrade human intelligence to the maximum level, negating the need for further learning and development altogether.

Eventually, Ezra managed to escape from Philosophy University during the height of the biohazard outbreak and along the way managed to acquire a case containing all of Howard’s research data and samples of his new strain t-Virus. He also recovered the severed arm of Mary Gray, a piece of the person that represented his perfect world, and then he fled into the night, promising Mary that he would use Howard’s work to begin again. His current whereabouts remain unknown.