Forest Speyer was a military certified explosives expert and a sniper but served mostly as a vehicle specialist and mechanic for the S.T.A.R.S. unit. He was hired directly by Wesker, making him only one of two recruits alongside Kenneth J. Sullivan to be personally added to the team by the commanding officer.

He was a crack marksman and someone who would do whatever it took to complete the task at hand. He specialised in electronic crime and was a trained counter hacker. He also had a reputation for being a perfectionist.

When out on field missions his position in Bravo Team was Omni-Man. 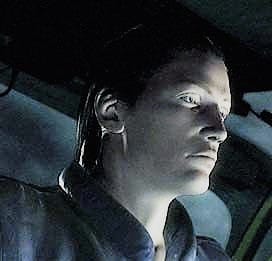 His background remains largely a mystery, but he honed his skills in military service and through this came to know both Chris Redfield and Jill Valentine before the S.T.A.R.S. were even founded. When he did eventually join, Forest quickly developed solidarity with the other members through his unmistakeable cockiness and charm.

Despite his attitude, he was a consummate professional and his exceptional work ethic and results gained him respect and admiration across the R.P.D. Forest was also a qualified counter-hacker and specialised in cyber-crime. Additionally his driving skills were above average, even at hobby level. His distinguishing features were his long brown hair and tattoo of a golden sword between two crimson rings on his left shoulder. His standard uniform was blue in colour. One of his main responsibilities on the team was vehicle maintenance and he and Rebecca Chambers would service the helicopters before a mission. He became good friends with Chris and they would often be found on the shooting range together and compete in intramural competitions. Although Forest had won awards in the past, it was generally accepted that Chris was the best shot on the team and Forest begrudgingly had to settle for second spot. As well as Chris, Forest was also friends with Joseph Frost and the three of them would often head out into the suburbs of Raccoon City, usually causing some sort of trouble before coming back.

In the months leading up to the mansion incident, Forest had been learning to use projectile ordnance and was due to field test one of three prototype grenade launchers supplied to the team through Joseph Frost via his contacts in the Saco Defence Corporation. He took this weapon with him during Bravo Team’s search for missing persons in the woods. One deployed into the Arklay Mountains, Forest demonstrated his survival skills against the zombies on multiple occasions, surviving a night in the woods alongside Kenneth Sullivan and Richard Aiken. When they made it to the mansion they split up to conduct a thorough search of the grounds.

But with fatigue setting in, Forest was attacked on the second floor terrace and pecked to death by crows. He was the first of Bravo Team to fall inside the mansion and his body was already in an advanced state of decay by the time Alpha Team arrived later that night.