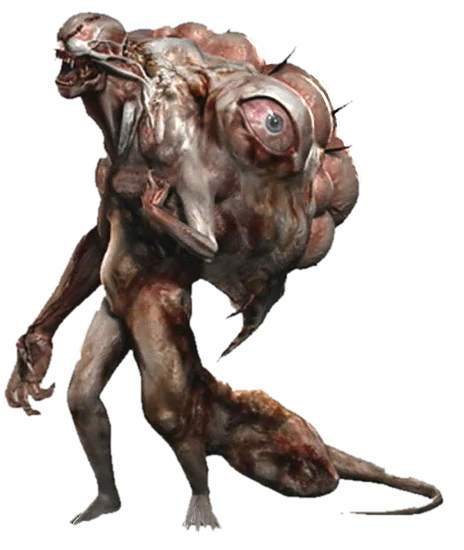 A G-Adult Body was the resulting creature born from an organism that genetically rejected the G-Virus. For example, if a G-Creature implants an embryo into an organism without similar DNA, the host body will reject G from its system and the embryo will violently burst free of the body, killing the host instantly. This occurred because the genetic incompatibility between G and the host was insurmountable, causing the G cells to forcefully reproduce and spread throughout the body in a process known as ‘false reproduction’, resulting in the G Adult Body. It repeats pseudo-replication. Therefore, from the moment it is born it has none of the host’s features and transforms into an extremely distorted appearance. Although starting off small, a G-Adult will undergo mutation very quickly and soon become a large and powerful creature.

Several features of a complete G conversion become apparent such as the development of a large tumour with an eyeball. However, these developed features varied depending on the traits of the original G-Creature that spawned it. It also had powerful claws and its skin split in several places across the body due to increased muscle mass as well as tumour-like growths all over its back. A G-Adult Body could also reproduce G Young Bodies from its mouth which would attack and bite their prey, allowing the G-Adult to get closer to its target.

These creatures were strong and durable, but their movements were slow and awkward. They were also incapable of ranged attacks, meaning they could be dispatched relatively easily if enough distance was kept. Unlike a G-Creature that would continue to mutate after suffering damage, a G-Adult Body could not evolve any further and possessed little to no ability to mutate. Therefore after suffering a sustained amount of damage, they would die pretty easily. Because of these traits, the G-Adult Bodies were considered complete failures as weapons. They also had an alternative name of G-Imago.

G-Young Bodies are small, independent organisms spewed out from the mouths of G-Adult bodies. They squirm around on the floor and spring up to attack their prey, using their razor sharp teeth to dig in and hang on to their targets. They have three tentacles or feelers on each side of their body and can also use their tail to spring themselves forward and jump. Their preferred method of attack is to latch onto their prey and clamp down, slowly dragging them down and refusing to let go.

Individually they are very weak, but can be menacing when attacking in groups. G Young Bodies are a minor annoyance and have no reproductive capabilities of their own. It remains unconfirmed if a G Young Organism continues to grow or how it will evolve. 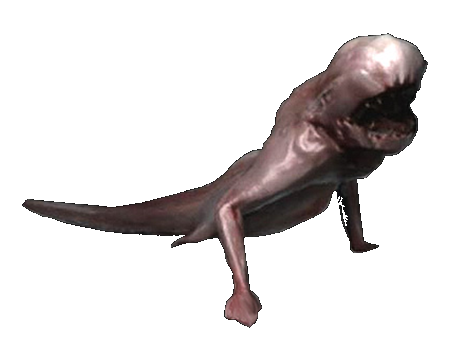