George Trevor was a famous architect from New York whose work became renowned across the world during the 1950’s and 60’s. He was hired by Oswell E. Spencer in 1962 to design and construct the Arklay Mansion in Raccoon Forest. Curiously enough, he also crafted designs for another of Umbrella’s founders, Edward Ashford, for the family’s European estate in England. His work for Ashford incorporated many design aspects similar to those Spencer requested and Edward’s son, Alexander, would go on to model several rooms in the South Pole facility based on Trevor’s work to ensure his legacy continued for another generation. Trevor also designed blueprints for a luxury cruise ship which were later used posthumously in the 1970’s to construct three identical liners known as the Queen Zenobia, Queen Semeramis and Queen Dido. 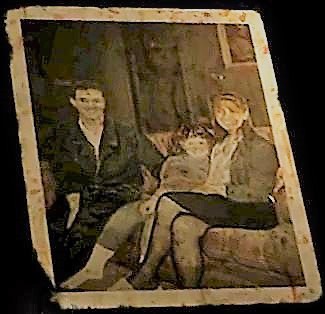 Little is known about Trevor’s background history other than he married his childhood sweetheart Jessica in 1949 and lived in New York where his business was based. Four years later, they had their only child, Lisa. Sometime in early 1962 Trevor visited Raccoon City, just a small rural town at the time to meet with Spencer. The rich nobleman had become quite taken with the quaint little town and outlined his vision for a grand mansion as his new home. Trevor listened intently and understood Spencer’s requests would be difficult to realise and would take all of his ingenuity and energy to accomplish. Spencer also expressed a desire the building be fitted with many unusual secrets that only he and Trevor would know about. Money was no object and Trevor suddenly found himself faced with a dream project and the biggest challenge of his career. He estimated that the mansion would take five years to complete and barring a small delay when the initial construction company had to be changed at Spencer’s request, the project was soon underway.

By 1967, the mansion was completed and Spencer officially moved in in July. However, final work on the laboratory facilities situated beneath the estate was not due to be finished until November due to added layers of security Spencer insisted on that were not part of the initial design plans. In order to ensure the true purpose of the mansion could never be exposed, Spencer planned to have Trevor killed. In October that year, he wrote to Trevor thanking him for his work and invited his family to stay over the following month. Trevor accepted this invitation graciously as he had yet to have a look round the completed mansion in any great detail thanks to his busy work schedule. The dates Spencer arranged for their visit was close to the Trevor’s’ 18th wedding anniversary, but George and Jessica agreed to go regardless as they longed to see mansion in all its completed splendour.

However, Trevor became delayed with work in New York and sent Jessica and Lisa on ahead. Before they left, Jessica left him a note wishing him a happy anniversary. Two days later on November 10th, they arrived at the mansion and were greeted by Spencer. Jessica had bought him an antique shotgun for his birthday and Lisa played Beethoven’s Moonlight Sonata on his grand piano. Later that night, they were both kidnapped by men in white coats and taken down to the labs beneath the house to be used as human test subjects for a special variant of the Progenitor Virus. Jessica was administered with a variant Type-A. But the virus fusion with her body was negative and she died shortly afterwards. She was buried in a special tomb underneath the main hall of the mansion. Lisa was given variant Type-B and the virus fusion was positive, meaning she survived.

The fate of George Trevor was decided on November 13th 1967 when he arrived at the estate three days after his wife and child. He was told by Spencer that Jessica and Lisa had already left as a relative had fallen ill. He never knew what had become of his family and was too distracted taking in every detail of the mansion in all its magnificence. He and Spencer enjoyed a delicious banquet in the dining room and the next day Spencer gave him a guided tour of the mansion and revealed his plans to create Umbrella. Trevor spent the next few days in the mansion but gradually became more concerned about his family who still had not been in touch. His troubles grew when he overheard a meeting between Spencer and his aides discussing virus research and in his wanderings around the estate, he began to notice features and structures around the mansion that were not part of his original design plans. The more he saw the more his suspicions grew.

He eventually decided to leave and track down his missing family himself. But before he could get out he was captured and drugged by several researchers and moved down to a cell near the lab complex. He later managed to escape and spent the next few days trying to get off the estate but his attempts were futile. Every possible route was blocked or guarded and he eventually arrived at a small alcove that bore his own purpose-built tombstone. As Trevor succumbed to exhaustion and dehydration, he realised that his escape was all an elaborate trap set up and planned by Spencer from the very beginning. He was allowed to escape his cell in order to test the solidity and security of the mansion. From the moment he escaped, Spencer knew the only place Trevor could end up was this place, right where his tombstone was waiting for him. As he lay dying, he prayed that his wife and child were safe, and it was perhaps fortunate for him that he never knew what terrible fates they had both suffered. His body was later found and exposed of. George Trevor was terminated on November 30th, 1967. There are unverified reports that a Progenitor variant was tested on his corpse prior to being exposed, but all records of this seem to have been purged.

George Trevor’s sudden disappearance became something of a mystery and his death was never solved. His architecture business was later taken over and absorbed by an individual named Chamberlain and the company was rebranded as ‘Trevor and Chamberlain Construction.’ They were hired by Jack Baker in November 1992 to install several shadow-activated doorways inside the family home in Dulvey, Louisiana.