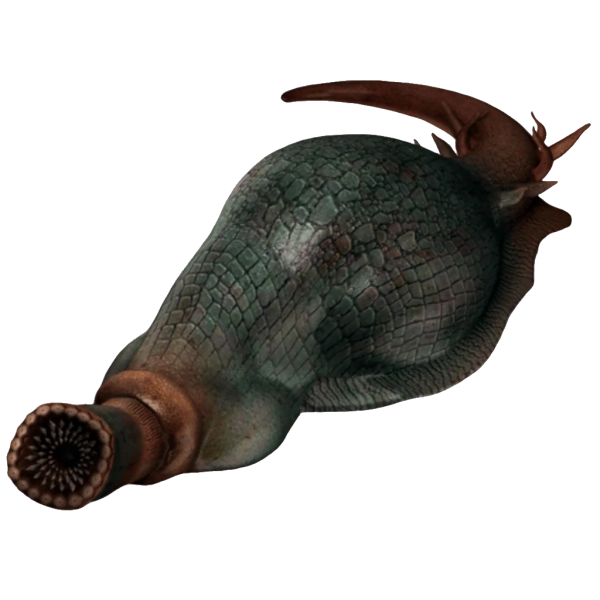 The Giant Leech was an irregular mutation following t-Virus exposure which caused one subject to grow to over 100 times its original size resulting in a length of over one metre. It was an aquatic leech and therefore differed in species from the ones used by James Marcus in the late 1970s. It resided in the sewer network where it set up its nest and never ventured too far away. It bred in the thousands, causing the leeches to infect the General Hospital located above.

The Giant Leech hunted its prey by moving slowly and using small suckers and tentacles to detect movement. It was very territorial and would soon lose interest in any prospective prey if it was not close enough. It also had the ability to spit out a poisonous fluid via its mouth organ and was extremely sensitive to fire or high temperatures. The smaller leeches it spawned were not as intelligent as the weaponised variants developed by Dr. Marcus but still carried a ravenous appetite. They would slither along the ground and propel themselves up and latch onto their prey, sucking out the blood. In order to boost their own movement, the leeches would work together to take over a human host and manipulate its motor functions. This allowed them to move faster and reach places they ordinarily couldn’t get to.