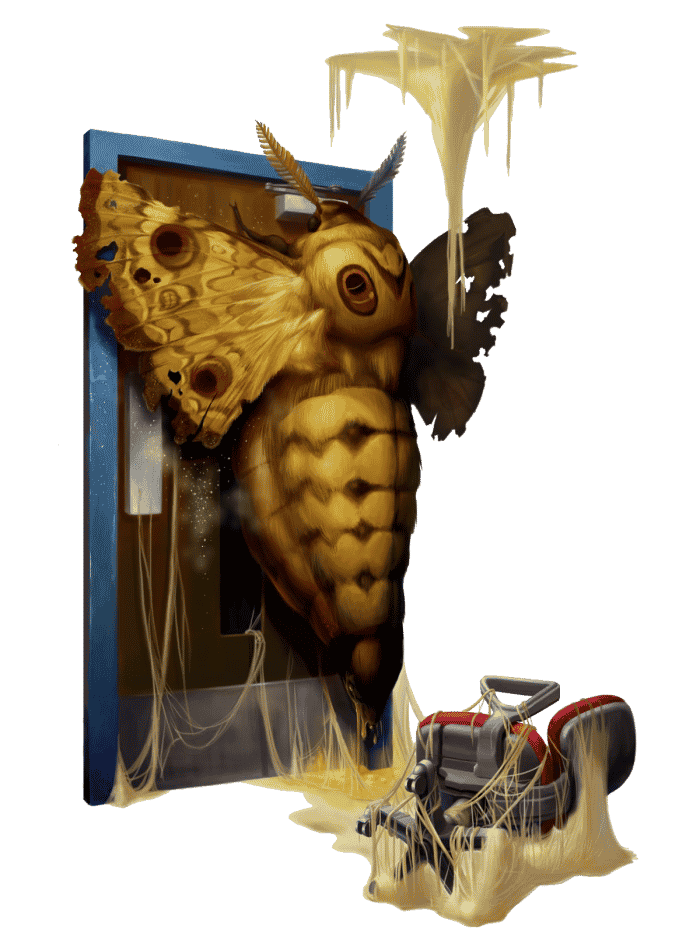 The Giant Moth was a gypsy moth that was used for experimentation in the Raccoon City underground lab. They were selectively bred as research subjects, then born after their cocoons had already been injected with the t-Virus. During the biological outbreak, one specimen escaped and became secondarily infected, causing it to grow to a gigantic size. For reasons unfathomed by researchers, the Giant Moth’s wings did not grow in proportion with the rest of its body, so it was only able to fly a few feet off the ground, and only for short distances. However, it was still strong enough to incapacitate a fully grown human and fly off with them.

Other effects of the virus included an increase in the natural toxicity of their phosphorus powder with strengthened to an almost fatal level when secreted onto direct contact with humans. In addition to its unnaturally balanced wings, its defining characteristic was its large abdomen which constantly pulsated.

The Giant Moth in the underground lab used the computer room in B5 Level as its nest, covering the walls and ceilings with thick, sticky, silk-like threads. It would use the ventilation system to move around, abduct its victims and bring them back to this room, cocooning them to the walls. As well as the subject documented in Raccoon City, an identical Giant Moth with the same curious lack of wing-development was found nesting in Sheena Island.

BABY MOTH – The Giant Moth had the ability to produce larvae known as Baby Moths which still boasted a considerable attack power even in their infantile and vulnerable state. Their bodies were only about 30 centimetres in length and their life force was quite weak, but because so many were incubated in their nests, they attacked in large numbers and could be quite vicious. The nests also aligned walls and ceilings and when they sensed prey nearby they dropped down from the ceiling and emitted a sticky mucus from their mouths in an attempt to trap their intended target. The Baby Moth then used its body as a spring and threw itself at it. They were usually attracted to warm-blooded organisms and gathered around warm objects. 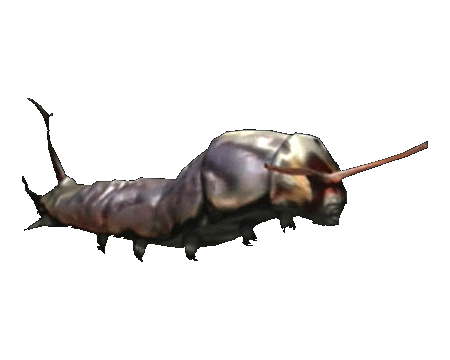 MOTH – A further biological experimentation on a different species of moth overseen by Alfred Ashford at the South Pole facility. 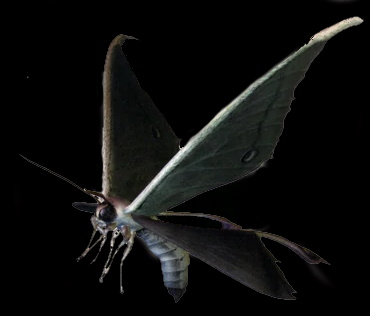 MOTH PARASITE – The offspring of the Moth, prior to the development of fully functioning wings would act in a parasitic manner, attaching itself to victims with his hooked claws before draining them of nutrients. 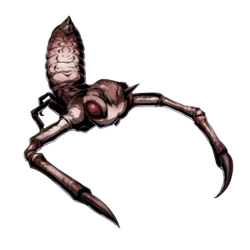