Gracia Delenikas was born in 1980 as one of eight children to a wealthy entrepreneur. Her father had a fondness for youngsters and funded several orphanages across the world, including Asia. As a young girl Gracia would help out at the orphanage, befriending the other children and serving them food and drink. It was here she met and became friendly with Ray Hsu and Tahir Kapoor after they had both lost their parents during a war and were rescued after years on the streets by Gracia’s father.

All her siblings were sent abroad by her father at an early age to study and were afforded the very best educations. But Gracia remained in Asia, leading her to always believe she was less-favoured than her brothers and sisters. Because of this, she grew up with a somewhat strained relationship with her father. Although she was free to pursue her own path in life, her father never once came to visit and she began to believe over time that he hated her. 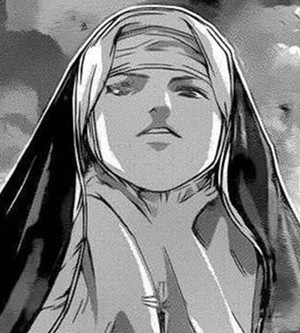 He went on to run Marhawa Academy, which since 1902 had become one of the most prestigious and exclusive private schools in the whole world. Gracia remained in isolation in America, believing she had somehow shamed her family. Whilst pursuing her own career, Gracia became acquainted with Doug Wright; a university professor specialising in micro-biology. The two of them became close and formed a romantic relationship before Gracia broke it off and moved away, afraid of the commitment. She continued on with her life as normal until receiving news out of the blue that her father had passed away. Whilst attending the reading of the will with the family lawyer, she was shocked to learn that her father’s wish was for her to take over the Presidency at Marhawa Academy.

Initially, she was horrified at the idea and could not understand why her father had chosen her to continue his work. The only explanation was that she was the most ‘appropriate’ of his children to succeed him. She realised that all this time he had watched her development from afar, right back to when she used to help him with the lost children at the orphanage. From that moment on, the academy was hers and Gracia became ‘Mother Gracia’. It was during her first address to the students that she suddenly came to realise just how unique and special Marhawa School was. Only the wealthiest elites could afford to send their children there and as she stood in front of all the brilliant, bright young minds she realised that they all now belonged to her and would swear to her their upmost loyalty. Marhawa was her sanctuary, and it was her father’s gift to her. Being school president changed Gracia and she became cold, strict, and almost ruthless in her desire to protect the exclusivity of the school and its reputation.

Any unsavoury incidents at the school were swiftly and severely dealt with and no external agencies were allowed to get involved. Marhawa School had built up a reputation as one of the world’s finest academies and Gracia would not let anything jeopardise that. A number of bullying and harassment cases involving students were always dealt with internally and never made public.

In 2012 she refused to bring in outside help when a student named Nanan Yoshihara was being constantly bullied, despite pleas from senior student president, Bindi Bergara. Gracia would not tolerate the school gaining a reputation for bullying and unwisely covered the incidents up. Her denial led to Nanan seriously injuring herself after she and Bindi decided to run away from the school. When Carla Radames supplied Bindi with samples of the C-Virus so she could gain revenge, Gracia still refused to bring in outside help, despite several of her students becoming zombies. But eventually she relented and called in Doug Wright, her ex-boyfriend who was now an advisor to the Far East branch of the B.S.A.A. Doug initially suspected a leak of the t-Virus and warned Gracia that the situation would only escalate. He wanted to call in the B.S.A.A. Special Operations Unit in force but again Gracia denied his request. No one from the outside could know about what was happening at the school. Doug tried to reason with her and even produced a confidential file on the Raccoon City incident.

However, Gracia stubbornly still refused any outside help and believed Doug could handle the problem quietly without anything disrupting the students or becoming public knowledge. But because of her strict approach and dismissal of the problem at hand, the situation at the school soon developed into a full-scale biohazard. Doug was badly injured and Gracia wrote him a letter of forgiveness and provided a means for him to escape. But as the situation escalated, nearly all the students were zombiefied and Gracia herself was killed after she shot Bindi, who by this point had become a J’avo with exceptional regenerative abilities. None of the staff or students survived the incident and eventually the school was closed down. Gracia was buried alongside Doug Wright, who also perished in the biohazard.