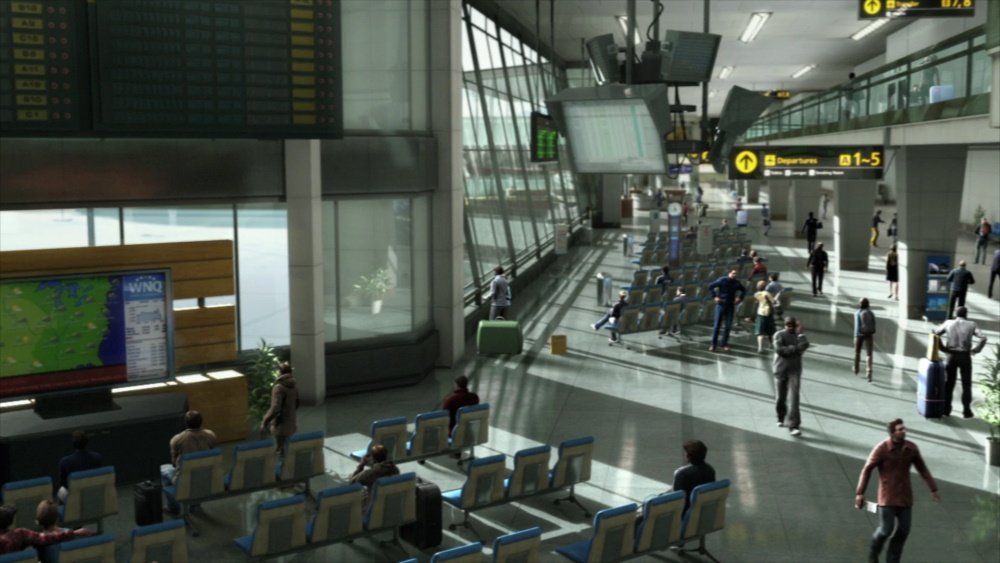 Harvardville Airport, located in the city of Harvardville is an international airport and scene of a bioterrorism incident in November 2005. Harvardville itself is a mid-western city in the United States and home of the giant pharmaceutical company, Wilpharma.

With the growing suspisions over Wilpharma and their T-Virus vaccine trials in India,  NGO Terrasave members formed a strong protest at the airport aware that Senator Ron Davis was due to fly in – a key statesperson invovled with the Raccoon City Incident and with ties to Wilpharma.

Former Terrasave member, turned terrorist and disgruntled former Raccoon City resident, Curtis Miller unleashes the T-Virus in the Airport terminal lounge. This attack was coordinated with an aeroplane also crashing into the building – a plane also contaminated with the virus. The resulting catastrophe resulted in the Airport being locked down.

Local police force – the S.R.T lead by Angela Miller and Gregg Glenn aided by US Agent, Leon. S Kennedy enter the Airport to rescue civilians caught up in the carnage.