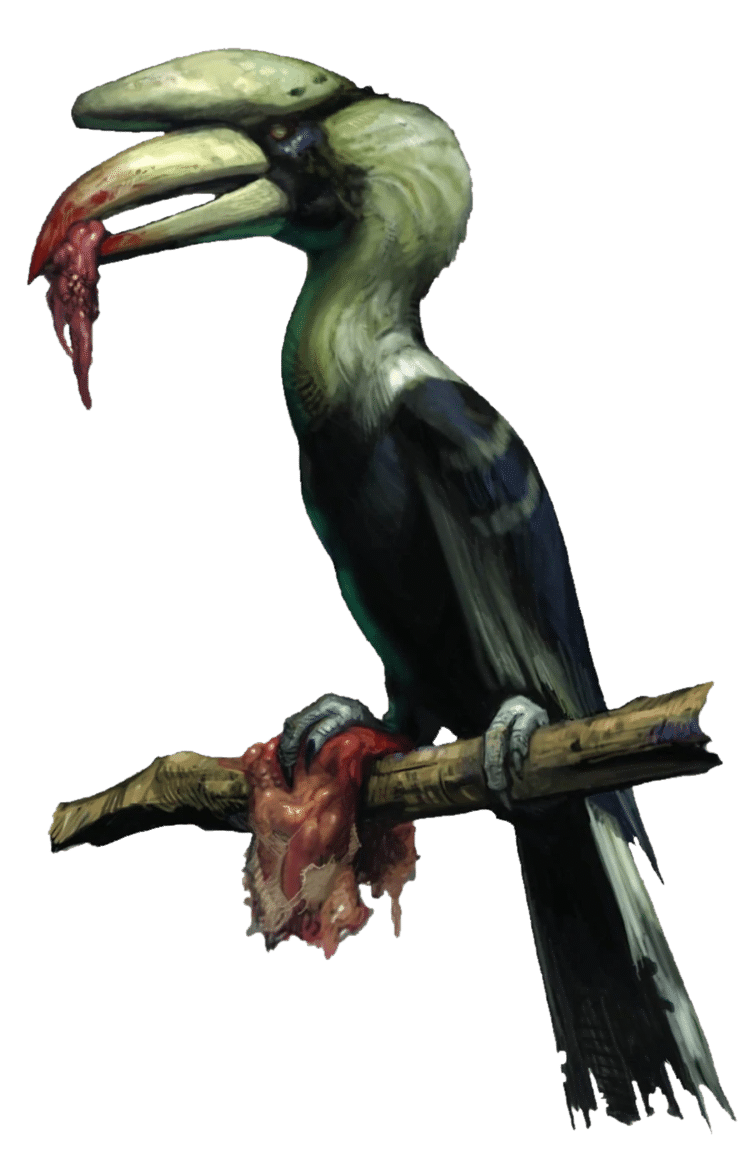 Hornbills were attractions at Raccoon Zoo that became secondarily infected by the t-Virus during the citywide disaster of 1998. The virus had almost no physical effects on the Hornbill whatsoever with no size increases observed.

Like crows, their thick feathers also concealed any tissue necrosis on its body. As with most creatures the Hornbill became much more aggressive and distressed. Interestingly, for an omnivorous creature, the t-Virus caused them to become carnivorous and they feasted on the meat scraps of dead animals and humans. The Hornbill was very territorial and retained this characteristic in its infected state, choosing not to venture far from its enclosure. They hunted in flocks and preferred to wear their targets down over time, remaining high in the sky out of harm’s way before swooping down on its prey from above at regular intervals. They had a wingspan of roughly five feet and their long bills could cause quite a bit of damage. They often circled and swooped, making them a difficult target to hit in the air. But like most birds, their bodies were weak and fragile and this proved to be their biggest weakness.