Hound Wolf Squad were a small elite group comprised of B.S.A.A members that had essentially gone “rogue”. The group was led by Chris Redfield who had set up the task force after becoming disenfranchised with the B.S.A.A’s ideals following the Mold incident in Dulvey Louisiana.

The entire incident was covered up and plugged as a gas leak, something that infuriated Chris. The B.S.A.A was keen to avoid any more public scrutiny as they were already under heavy pressure due to mounting bioterrorism incidents and costs. 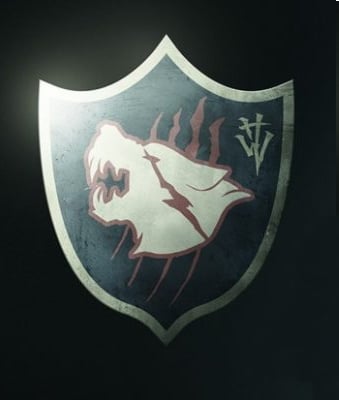 In 2014, whilst transporting the bioweapon, Eveline, the B.S.A.A were unable to apprehend the creation or its handlers. Ultimately, Eveline was transported from Munich to the United States before falling foul of a hurricane off the coast of Louisiana. Eveline escaped with many lives lost over the next three years.

With the incident covered up by the B.S.A.A Chris formed the Hound Wolf Squad to try and correct their earlier failures. During the next few years, Chris learnt of Miranda as a potential threat, most likely from Karl Heisenberg.

At some point Ethan and Mia Winters were moved to Eastern Europe for their own protection from the criminal syndicate, The Connections. Their new home was very close to that of Miranda’s Village and just after the birth of Ethan’s daughter, Rosemary, Miranda was able to infiltrate the home, shapeshifting into Mia in the process.

In February 2021, Hound Wolf Squad burst into the Winters’ home shooting relentlessly at the imposter Mia. Ethan in a state of shock chastised Chris for his actions but was knocked out. The squad then sought to transport the family to safety, unaware that the shootings had failed to kill Miranda. Miranda sprang to life and recaptured Rosemary leaving Ethan and the Hound Wolf Squad in the snowy mountains outside her Village.

Over the next day Hound Wolf Squad, led by Chris battled various Megamycete B.O.W’s, conducting research as they explored the Village and nearby factory. After rescuing Ethan was the mutated Heisenberg, Chris led Hound Wolf Squad back to the Village to destroy the Megamycete that was now growing at an alarming rate in preparation for Miranda’s rebirthing ceremony. Through the collective efforts of the team, the Miranda and the Megamycete were destroyed, Mia and Rosemary were rescued although Chris was unable to save Ethan who sacrificed himself during the battle.

All members of the Hound Wolf Squad survived the incident and all bore witness to the B.S.A.A sending in biological super soldiers to assist, much to their horror and disgust.