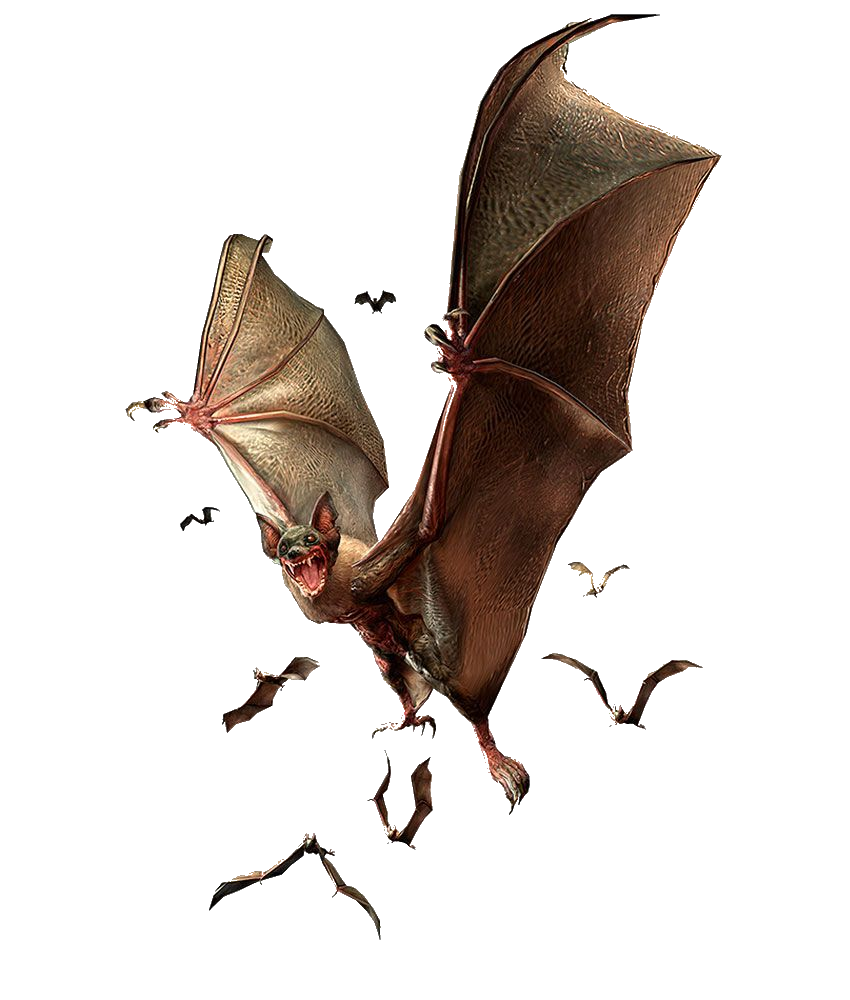 The Infected Bat was an extremely large Bat that resided in the abandoned Management Training Facility. The creature grew to an enormous size following the attack on the centre by the Queen Leech and became infected with the t-Virus. Such a trait was cosidered to be highly unsuual for mammal based t-Virus creatures.

Unlike other secondary bat infectants, this creature was nearly treble in size and was able to grab humans using its large claws. Its flying was somewhat compromised by its size, but it could still remain airborne for long periods of time. The creature acted as a sort of mother bat with others with smaller specimens within the colony gravitating towards its larger cousin, perhaps hoping to ensure greater hunting success.

In July 1998 the collective efforts of Billy Coen and Rebecca Chambers ensured that this unique specimen destroyed in the private Church situated behind the Management Training Facility in the Arklay Mountains.

Unlike the Infected Bat and in line with the usual effects of the t-Virus upon Mammalia, the Bat did not undergo significant physiological changes after succumbing to the virus. It did however develop a taste for blood and meat and would attack any creature in its way.

2 colony’s of bats have been recorded. The first was in July 1998 as part of the Infected Bat’s flock. These creatures tended to stick close to its larger cousin and therefore failed to leave the area. The second colony was recorded on Rockfort Island. This colony did spread itself out further across the island with roosts recorded in the Palace, Airport and Private Residence. These bats however were very wary of light, a natural trait from their pre-infection life. As such, equipping a lighter or torch would successful keep these flying beasts away from any potential prey.