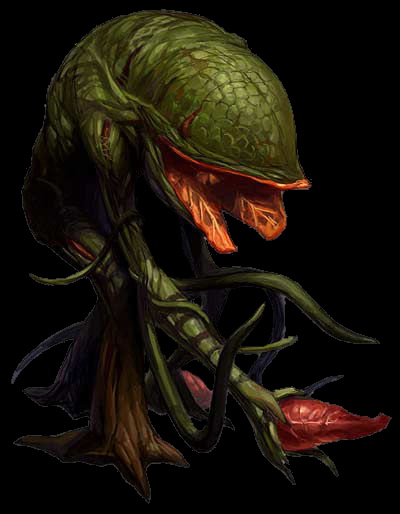 Officially designated ‘Plant 43’, the Ivy is the result of attempting to weaponise a plant-based organism following analysis of the data acquired from Plant 42 during the mansion incident. It was created via selective breeding and was capable of independent movement thanks to its roots being surgically removed and its ability to sense and inhale different air vapours through its skin. Because of its lack of roots, it relied on ingesting water vapour through its skin surface to survive and attacked and ensnared its prey through use of two tentacle-like appendages. Additionally, its head-like bulb sprayed a corrosive fluid containing digestive enzymes capable of incapacitating any victim. They also developed an impressive ability to adapt to almost any environment, including airborne toxins such as anti-B.O.W. gas.

Although plenty of carnivorous plants exist in nature, their existence was generally limited to their responses to external stimuli. However, thanks to application of the t-Virus, the Ivy was able to develop a sentient intelligence that stimulated its own independent movement, shuffling along like a human caricature. It was even capable of ‘playing dead’ and yet could still attack targets that tried to move by. But despite these impressive traits, the Ivy was subject to a number of weaknesses. Its movements were extremely slow and cumbersome and because the base organism was a plant, it was extremely susceptible to fire. There was very little researchers could do to counteract these flaws and this was enough for the organisms not to be mass-produced for sale as viable weapons.

The Ivy B.O.W was developed in Raccoon City and on Sheena Island using the combat data obtained from the Plant 42 monster from the Arklay Mansion.

POISON IVY – In the Raccoon Underground Lab, the Ivies adapted to the P-Epsilon gas in just a short time and was able to secrete a poisonous fluid which gave birth to the ‘Poison Ivy’ variant. This was because its natural adaptation ability exceeded that of the effects of the gas. As a result, internal physical changes meant that the Ivy no longer expunged acidic fluids, but rather emitted a highly poisonous gas. 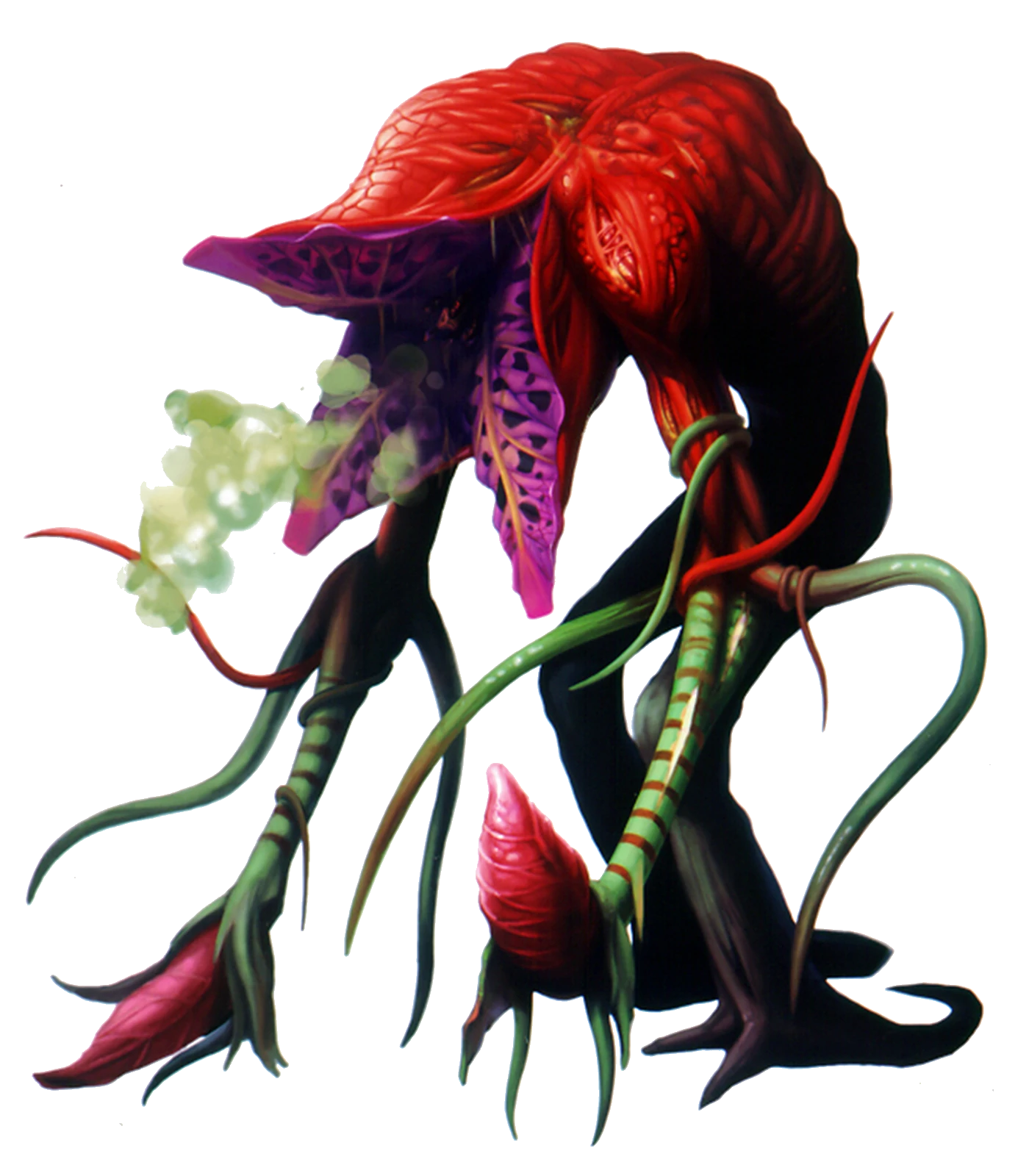 IVY X&Y – The Ivy-YX was Umbrella’s attempt to improve the commerciality of the original Ivy that itself was created following data analysis of Plant 42 at the mansion. Whilst the Ivy demonstrated impressive attributes, including the complete assimilation and adaption of the P-Epsilon gas to create a poisonous sub-species, its inherent flaw was its exceedingly slow movement and obvious weakness to fire. The Ivy-YX was the attempt to rectify these faults. Despite several design proposals, the idea of increasing its resistance to fire was quickly shelved because the base body of the organism was still a just plant ensuring it was always going to be vulnerable to flammable substances. There was little the researchers could do to change this. Instead they focused on improving mobility and did this by incorporating human genes into the plant’s development. This resulted in a significant change to the lower half of the plant’s body with changes in shape to resemble that of a human’s legs. As a result the movement speed of the creature was increased compared to the original Ivy. Prototype tests showed that although the Ivy-
YX’s attacking methods remained unchanged, a huge improvement was observed in the endurance, offensive ability and mobility of the plant. However, mass-production was ultimately not considered after it soon became apparent that sufficient capabilities could not be demonstrated in environments other than warm climates.

In 2002, South American drug kingpin Javier Hidalgo purchased several prototype specimens from Umbrella and were used as substitutes for guard dogs in his private residence. 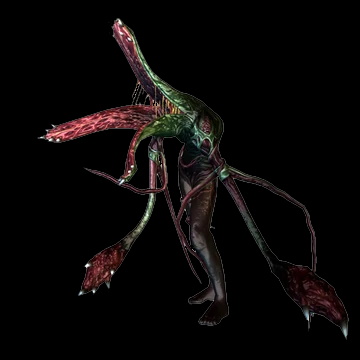