Joe Baker was a hermit living in the swamplands of rural Louisiana, roughly a mile or so away from the main Baker estate. He was the brother of Jack, although for reasons unknown he lived apart from the rest of the family, preferring a life of solitude. He shied away from modern technology and relied on catching fish and eating local wildlife for sustenance. His hobby was boxing.

Joe and Jack were very competitive during their early days and would often get into skirmishes with each other. When they were just boys, Joe once punched Jack so hard that he broke his nose. When he was older he enlisted in the U.S. Military, turning his body into a weapon and learning combat and survival skills. Upon his retirement he returned home to Louisiana to enjoy a solitary life, living simply in a wooden shack on the shores of the bayou. It is unknown what his relationship was like with Jack in his later years, though it is believed to be somewhat strained. But Joe did at least care a great deal for his niece, Zoe. As a result of living in the wild he had a shaggy and unkempt appearance, but he still looked after himself physically, retaining the muscular build he’d developed whist serving in the military and he still wore his dog tags. He thought nothing of snacking on grubs and crayfish in the wilds, seeing them as a healthy and nutritious source of protein. 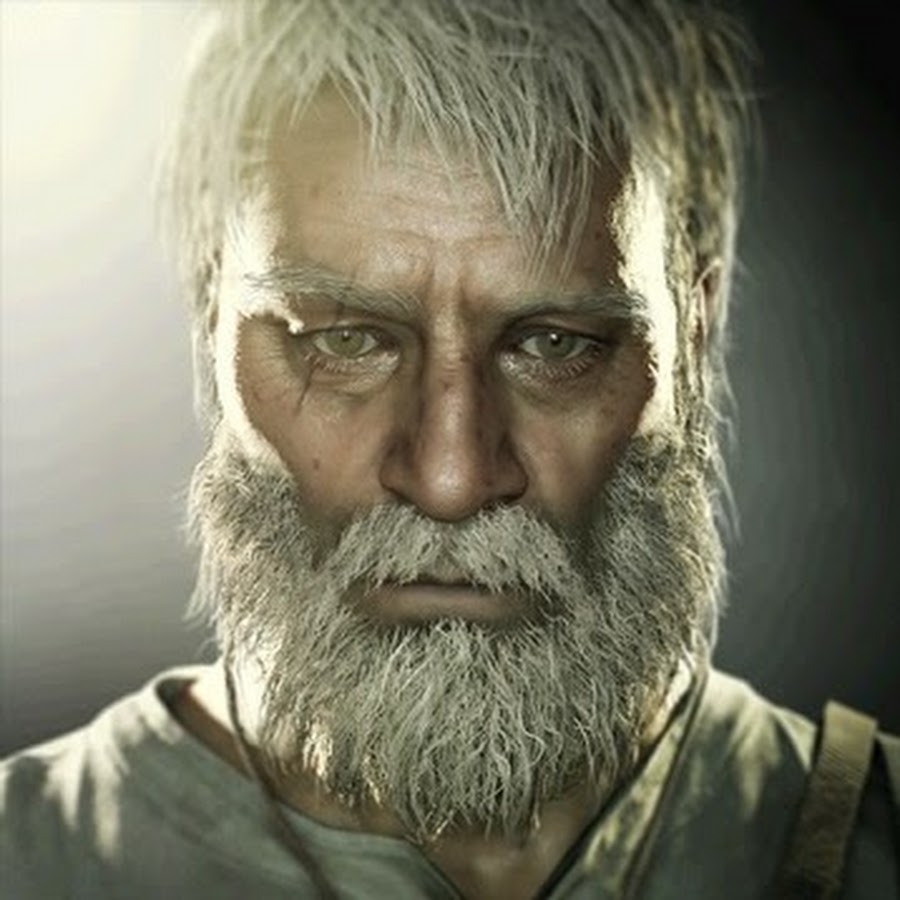 Because Joe kept himself to himself, he was seemingly ignored by Eveline and neither Jack, Marguerite, nor Lucas ever attempted to infect and add him to her family in the three years she controlled them all. This again suggested a strained relationship with Joe never visiting the house and Jack and Marguerite not wanting to welcome him inside. In 2017 he knew something was amiss when he began to sight strange things in the woods and then fished a live Molded creature from the river. Joe severed its head and kept it inside his home as a kind of macabre trophy. He also incapacitated another creature and wrapped it in tarp before stringing it up outside his home where he used it as a punching bag. He used his ‘prisoner’ as a way to ascertain the molded’s weaknesses, concluding their bodies were tough but their heads were soft and vulnerable. This helped him survive as more of the creatures appeared in the woodlands following Eveline’s death as the Mold spread into the forest and infected the local ecosystem. Joe also became aware of the Blue Umbrella helicopters monitoring the area and guessed they were connected to the creatures. He knew who Blue Umbrella were and like most of the world, was extremely wary of their true intentions. He believed the government were performing secret tests on people and animals in the area and did his best to keep a distance.

Whilst out foraging one night, he observed two Umbrella soldiers stood over the comatose form of Zoe Baker. She was covered in a crystalline substance following a unique reaction to the E-Series Mutamycete and was in a kind of coma. Without thinking, Joe immediately assumed Umbrella were responsible and he assaulted both men, taking one hostage and dragging him back to his shack for interrogation. There Joe learned that Zoe was dying and had to be given a treatment developed by Umbrella as soon as possible. Thus he began a quest to find some, traversing the swamplands and being stalked relentlessly by a strange mutant known as Swamp Man; a mutant that was later revealed to be what remained of his brother, Jack. Joe fought off infected alligators, several different variants of Molded and then had a final confrontation with his mutated brother before finally getting the serum to Zoe and saving her life. Joe and Zoe were then secured by Chris Redfield and members of the Special Cases and Disposal Team who oversaw their recovery. Joe promised Zoe that deep down Jack always loved her, all her family did, despite their infection and even during their final days.