Joseph Frost was a member of S.T.A.R.S. Alpha Team, holding the position of Omni-Man. He was a weapons mechanic with a friendly disposition and known for the trademark red bandana always tied around his head. He had a hot-blooded personality and was always on the go, ensuring he had a tendency to go crazy in dangerous situations and often carelessly threw himself into the front line of battle.

Curiously, he could also be very casual, often with a laid-back approach to the task at hand during field operations. His evaluations showed this trait hindered his development as a S.T.A.R.S. member and led to some colleagues to question his behaviour in emergency situations. Despite this, he was still a valuable team member with a host of skills he utilised across the unit. 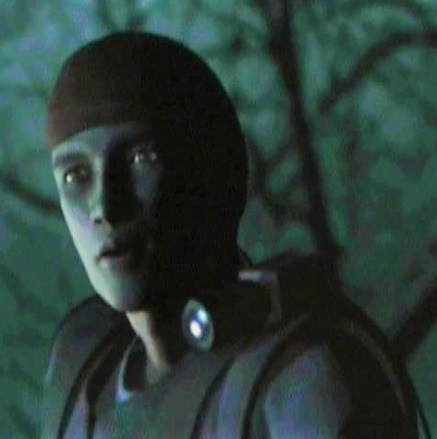 Known as ‘Frosty’ to his team mates, Joseph had a cheerful disposition and was very enthusiastic despite being quite immature for his age. His hobby was magic and his colleagues often joked that his natural curiosity would be his downfall. He got on well with Chris Redfield and Forest Speyer and the three of them would often head into Raccoon City when off duty to cause some havoc. Joseph was a qualified service technician and an expert at handling hazardous materials. He was also in charge of vehicle maintenance for the team, occasionally helped out by Rebecca Chambers. As a weapons specialist, Joseph had contacts with many different arms manufactures and military companies and was able to get prototype weapons for the S.T.A.R.S. team. He worked with the Saco Defence Corporation to acquire a proto-model of a new grenade launcher. This weapon was later used by Forest Spyer during the events of the mansion incident. Joseph originally began his S.T.A.R.S. career in Bravo Team but in 1998 he was promoted to Alpha by Albert Wesker when all the strange murders and disappearances begin to occur in and around Raccoon Forest and the Arklay Mountains. This swift promotion did not sit well with many in Bravo Team, causing a little unrest within the unit, but no one dared question Wesker’s decision. Joseph became the scout for Alpha Team and would wear a bodycam for field operations, as did Kenneth Sullivan for Bravo Team.

On July 24th 1998, Frost and the rest of S.T.A.R.S. Bravo Team were deployed to Raccoon Forest to look for their missing Bravo colleagues. Joseph went on point and discovered the corpse of Kevin Dooly still strapped into the pilot’s chair of the helicopter. Working closely with Jill Valentine, Joseph searched the surrounding area but panicked when attacked by Cerberus dogs and was viciously torn apart.