Josh was Captain of Delta Team and affiliated with the West African Division of the B.S.A.A. He was a combat veteran, highly experienced in his field and very well respected by those working under him. Although he held rules in high regard, Josh tended to respect individual judgment according to the situation at hand. He also liked to rely on his surroundings and both his skills as a soldier and leader were second to none. He was highly professional and an
expert at hacking electronic systems. He was friends with Sheva Alomar and took her under his wing when she first joined the B.S.A.A. She trained under him and he often referred to her as the ‘little sister’ of the team.

During the Kijuju incident of 2009, Josh’s team were called into action following the extermination of Dan DeChant’s Alpha Team. They arrived in time to save the lives of Chris and Sheva and cleaned up the majority of the urban areas of Kijuju, also rescuing several uninfected locals such as Adam. 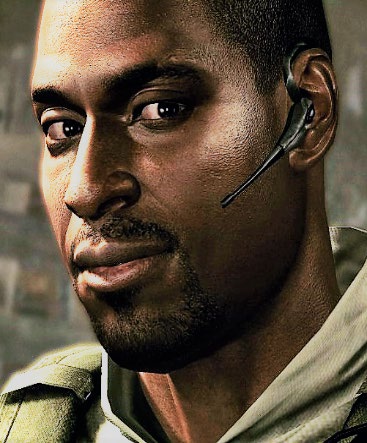 They moved on into the marshlands in a bid to intercept Irving but were ambushed by the Ndesu B.O.W. Everyone was killed except for Josh who managed to retreat to the Tricell Oil facility and shelter there until he met up with Chris and Sheva once again. He assisted them in their hunt for Irving and drove the speedboat to chase him down. After Irving was defeated, Josh dropped Chris and Sheva at the entrance to the caves leading down to the hidden Ndipaya kingdom and promised to try and get the B.S.A.A. withdrawal order rescinded and return with back-up. But Josh failed to get authorisation to bring in another team and his apprehension over Sheva eventually got the better of him and he returned to the caves alone, enlisting the help of his close friend and helicopter pilot; Doug.

He fought through the Ndipaya ruins and eventually found Jill Valentine unconscious in the monarch room. After helping her recover, the two fought their way through the infested communications facility by the dock before reaching the rendezvous point for the rescue helicopter. Although Doug was killed helping them escape, Josh piloted the chopper straight to the volcano where Chris and Sheva were having their final confrontation with Albert Wesker. After Wesker was killed, Josh airlifted the survivors to safety.