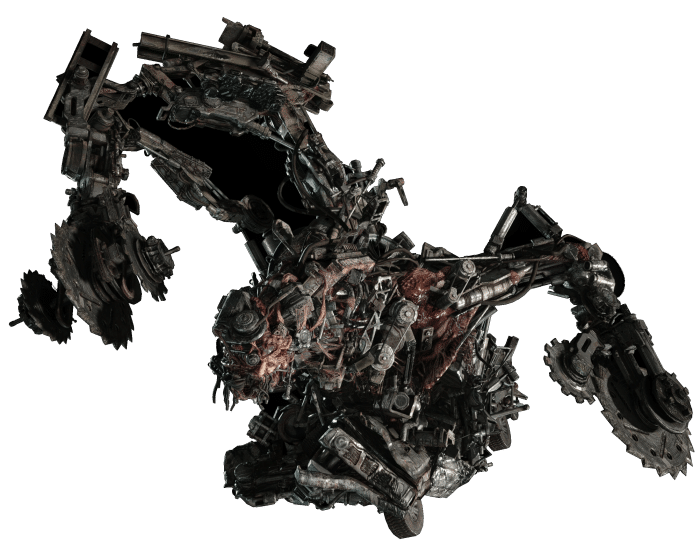 Karl Heisenberg was one of the 4 Lords who, upon administration of the Cadou parasite and Mold infection had a greater level of affinity with the parasite than most individuals. This meant he was able to retain his humanity and overall external human appearance.

Internally however, the Cadou had had very unique reaction to its implantation. Bonding with Heisenberg’s organs, he was transformed into effectively a magnet with the ability to manipulate metal at his will. He was therefore extremely powerful and with this magnetisation, able to yield weaponry that otherwise no normal person could.

During the Village Incident, Heisenberg attempted to team up with Ethan Winters to try and remove Miranda from her position of power. After he refused, Ethan was released into his factory where he faced certain death. Ethan however displayed remarkable survival skills and after confronting Heisenberg as he made his escape, mutated to prevent this from happening.

Heisenberg’s mutation was, as his own reaction to the Cadou was – unique. Due to his bodily magnetism, his flesh fused with nearby metal objects and in doing so became a human machine hybrid akin to a giant cyborg. This monster was able to display great power and strength and even use fan turbines to create powerful tornadoes.

With the assistance of Chris Redfield and a make-shift portable canon device, Ethan was able to destroy Heisenberg in February 2021.