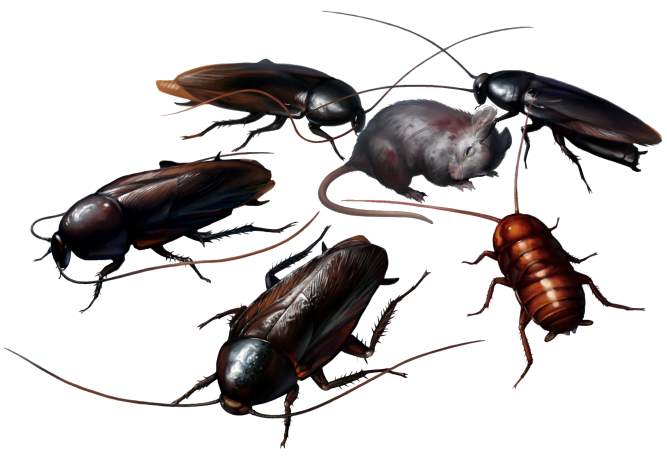 Normal winged-cockroaches living in the sewer areas beneath Raccoon City became infected by the t-Virus and grew up to 8 times their original size (about 40 centimetres). They were soon large enough to prey upon the very same rodents that spread the virus in the first place. Their natural durability remained intact and the virus generated an increase in fertility rates, causing their population to explode. They had a tendency to bite soft flesh on their prey, and on humans this tended to be the area around the carotid artery on the neck.

Large roaches preferred to attack in numbers and even tried to suffocate their victims by leaping onto their faces and blocking off the air supply. The roaches were quite territorial and would lie in wait in pipes and ventilation shafts, waiting for unsuspecting prey to enter their domain before attacking in swarms. Since defeating the mutated rats in the sewers, they demonstrated a tendency towards cannibalism.