Lott Klein was raised on Sheena Island, a private and extremely isolated community located in Europe owned exclusively by the Umbrella Corporation. The island was home to a number of top-secret projects and Lott’s father was the director of the Genetic Engineering Research Department at the Tyrant Plant where T-103 units were mass-produced and shipped out to Umbrella facilities worldwide. Ever since he could remember, Lott had always heard about natural selection through his father’s work and the different attributes people possessed based on the race they were born into. He had always been deeply influenced by his father and Umbrella and wanted to be just like him.

In 1998, Vincent Goldman was appointed the island’s new Supreme Commander and Lott quickly built up a fascination with him having been introduced through his father. They both pressed home the message that any ‘outsiders’ brought to the island were of a much lower social status than those working for Umbrella. These lessons were taken to heart by Lott and when he later discovered a spy had infiltrated the island posing as Vincent, Lott immediately reported all this to the Commander. 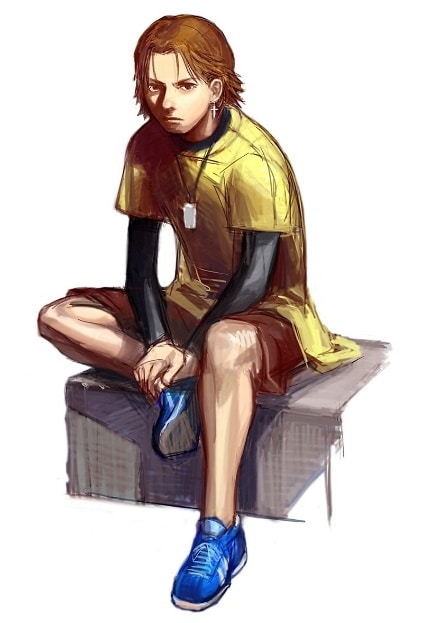 When the t-Virus was later spread around the island Lott was indifferent, and perhaps influenced by the brutality of adolescence he believed that “the weak should die.” But, after seeing his own parents wiped out he began to understand his own powerlessness as a living being. Wanting to set things right and feeling an overwhelming sense of guilt, Lott began to fight back against everything the Umbrella Corporation stood for. He took steps to protect his little sister, Lily,and later went to the Tyrant Factory on the edge of the island all on his own in a bid to find a means of escape. There, he met Ark Thompson and explained to him his real identity, helping him recover from his amnesia. Later, Lott escaped Sheena Island on a helicopter along with Ark and Lily.