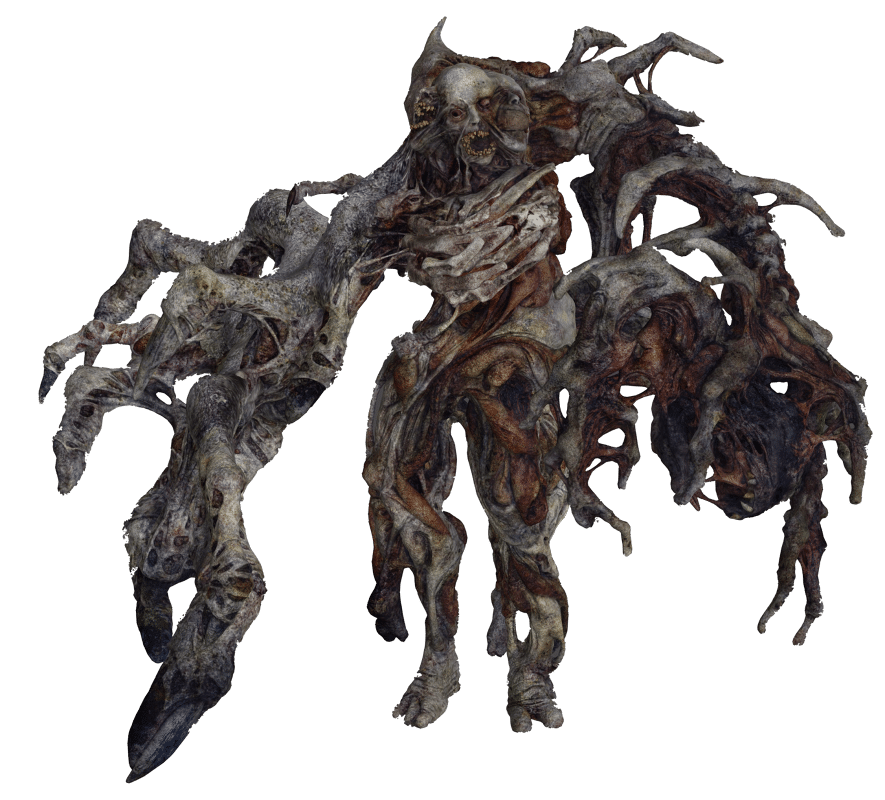 Lucas Baker was infected by the bio-weapon Eveline following her escape in Dulvey, Louisiana. Like his other family members, infection was fixed by Eveline between Stages 1 and 2 thus enabling him to have great regenerative abilities.

However, due to Lucas’ ongoing communication with The Connections he was provided with a partial serum which meant Eveline’s hold over him was lost. She was none the wiser as long as he played along with her games. As Ethan Winters and Chris Redfield looked to end Lucas’ games, Lucas is shot by Chris with RAMROD bullets. Lucas splutters to the floor with blood oozing from his chest. Blood gurgles in his mouth and he moans about how he cannot believe this is happening. Chris tells him to believe it, for this is finally over. But Lucas won’t accept it even though the mycetotoxic round is interfering with his regeneration powers and triggering a unique reaction. His whole body begins to spasm and melt into the floor as he loses his human form.

Lucas continues to mutate and evolve, spreading his mass all over the floor before migrating to the ceiling where it joins with a large cocoon to complete its metamorphosis. When ready, what drops out is what remains of Lucas Baker. He now resembles an enlarged Molded, though half his body has now calcified thanks to the effects of the RAMROD. His body is trying to heal, and the remnants of his torn body can be seen behind the calcifying Mold covering his mass. He now has three faces and his arms are overgrown and gnarled, full of jagged claws and his left arm even has the head of a Molded where his hand should be.

Sentient tendrils of Mold writhe and slither in what is a truly grotesque form. Clearly the effects of the mycetotoxic rounds on Lucas’ restricted stage 1 Mutamycete infection has caused a very irregular reaction.  During the subsequent battle with Chris, Lucas jumps on one of the generators and moans about the pain in his head. He mutates further, becoming bigger as more of his mass begins to calcify.

Lucas swings his two giant arms like battering rams and one catches Chris and knocks him sprawling against the wall. He fires Thor’s Hammer over and over, and steam and spores erupt from Lucas’ hide. Quickly, he tosses several incendiary grenades and sets the Lucas mutant on fire. The battle rages on for several more minutes until eventually the beast gives up the ghost and drops to the floor. For good measure, Chris fires one last round point blank into

what remains of Lucas’ face and obliterates it completely. Game over.