Luis Sera was a scientist originating from a small, isolated mountain village in Southern Europe overlooked by the Salazar estate. As a young boy, Luis would often accompany his grandfather on a hunt and on these adventures he would show Luis all the secret trails and caves hidden in the mountains. Before long, Luis had extensive knowledge of the terrain and all its hidden pathways, often spending days at a time exploring all the various nooks and crannies. When he grew up, Luis left the village and spent some time in Madrid to pursue his interest in science. He liked to smoke and was a confident man on the outside, declaring himself as a self-confessed ladies’ man, but on the inside he was a little insecure. He always dreamed of playing the hero and liked to fabricate that he was a former police officer, believing women would prefer someone with a more heroic profession than just a scientist. But over time he began to realise that being the hero was perhaps not all it was cracked up to be. You put your life on the line yet nobody ever really appreciates you for it. 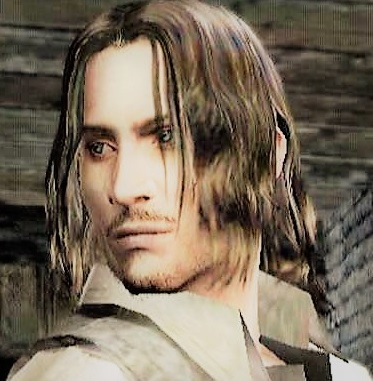 Luis was also familiar with the viral outbreak in Raccoon City and whilst working in one unspecified lab he did see a secure sample of the t-Virus following its leak onto the black market.

In 2004, Luis returned to his home village only to find everyone under the influence of a strange parasite known as ‘Las Plagas’ and that the townsfolk were under the sway of a religious sect. He met with the leader of the cult, Osmund Saddler, who after learning of Luis’s background decided to recruit him to further study the parasites. Intrigued by the potential of the Plagas, Luis readily accepted the offer without ever thinking about the implications and dark intentions of the Los Illuminados.

He began extensive studies of Las Plagas and determined that they were social organisms with properties similar to many other natural earth parasites. For the initial stages of the research, he began searching for a practical and safe way of removing the Plaga from the host subject, or so he believed. But Saddler’s real goal was to find a way to ensure the Plaga could not be removed from the host body easily. Eventually, Luis concluded the only safe and viable way to remove the Plaga was through exposure to a special radiation, however this needed to be done before the Plaga reached maturity otherwise the host could be killed during the procedure.

Eventually countless number of Ganados were created and well as several all new Plaga-based B.O.W.s. He even developed a stronger form of the parasite known as the Dominant Species; this allowed the host to retain their own consciousness and control the subordinate Plagas. It also offered the user superhuman abilities if their body could control it and powerful but irreversible mutation qualities. But even with the knowledge that Saddler was going to abuse the results of these experiments, Luis could not pull himself away from his research and was ashamed to admit that his pure fascination with Las Plagas blinded him to the true intentions of the Los Illuminados. As a result, he felt he was just as responsible for the current situation in the village as Saddler was. In desperation and with no trust in the local police, Luis sent a confidential e-mail to a trusted colleague and college alumni, detailing his plight. But this e-mail contained certain key phrases and was flagged and intercepted by Ada Wong; an agent working for the rival company on the orders of Albert Wesker. Ada made contact with Luis and offered to take him into protective custody in exchange for a Dominant Plaga specimen.

Luis hesitantly agreed to her offer without asking too many questions so long as she guaranteed to get rid of Saddler and all his religious friends. Shortly after this, Saddler became suspicious of Luis’ true intentions and finally had him apprehended and injected with a Plaga, but Luis escaped and managed to remove the Plaga egg from his body before it hatched. He also stole a precious Dominant Species specimen before fleeing the island complex and heading back for the mainland. He made his way back to the Pueblo and hid the sample in the woods whilst awaiting Ada’s arrival. But unfortunately he was captured once again and locked up in an abandoned house near the farm. He was later found and rescued by Leon Kennedy before both were caught by Bitorez Mendez.

Bound together, Leon and Luis exchanged pleasantries and Luis believed he had finally found an ally. They were separated after a failed Ganado attempt to execute them and Luis fled once again. By nightfall he came across Leon’s comatose body in a shed by the lake and realised he was infected. He left him a note detailing the whereabouts of Ashley Graham and to forewarn him about the ferocious ‘El Gigante’ B.O.W. the villagers were planning on releasing to kill him. He later took refuge in a barn as the storm outside drew worse. He was joined by Leon and Ashley and he worked with them to hold off a Ganado horde as they laid siege to their shelter. Soon afterwards he met up with Ada and went to recover the stolen sample. He caught up with Leon once more at the castle but was fatally wounded by Saddler before he could hand over the sample. With his dying breath, he told Leon to get the sample back and gave him tablet-form medication that would supress growth of the parasite inside him. He died shortly afterwards but his dealings with Leon and Ashley had brought the generosity of his spirit back to the surface.