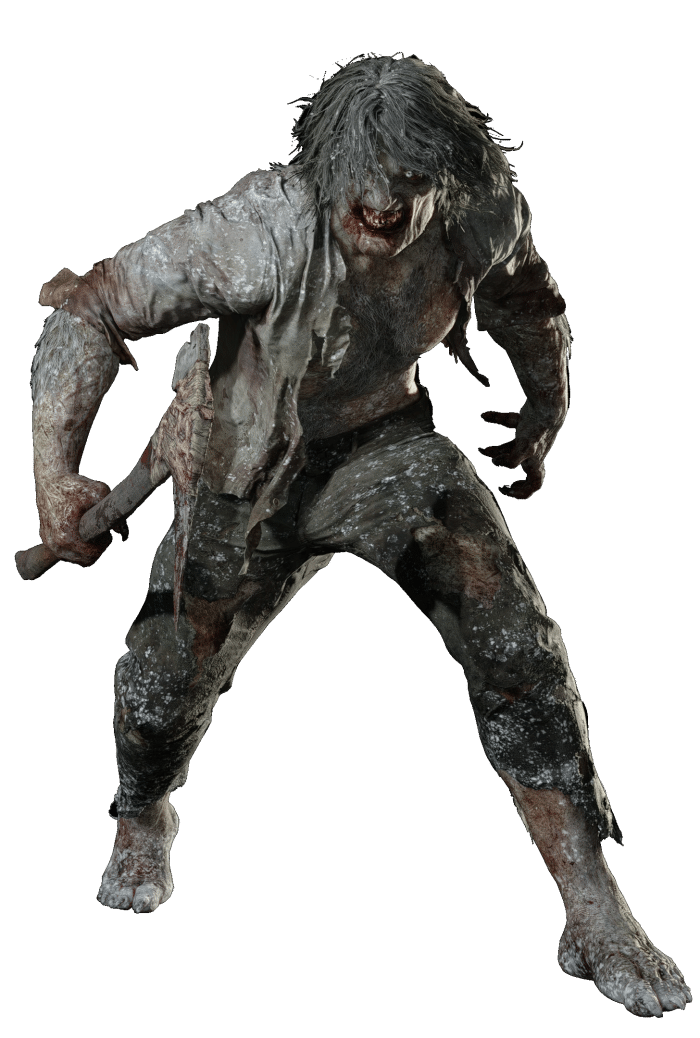 Lycans are the result of a human being infected with the Cadou parasite – a small creature that itself was infected with the Megamycete Mold. Through their mutation, Lycans develop similar features to those of wolves, with sharp teeth and claws but retaining a human-life appearance. Similar to wolves as well, Lycans are known to hunt in packs and will systematically attack its prey using their strength but also weaponry, indicating a high level of underlying intelligence.

The origins of Lycans begins with the accidental discovery of the Megamycete organism in Eastern Europe by Miranda. Bestowed with enormous power, Miranda set out to bring back her daughter, Eva back from the dead after she died following the contraction of Spanish Flu. Miranda worked out that she needed a suitable vessel to do this and therefore set out to experiment with the Mold to locate that vessel. The Lycans therefore were by-products of that experimentation process.

After creating the Cadou parasite – an effective mechanism to easily transmit the Mold infection, the success of any experiment hinged upon the hosts’ brain affinity to the Cadou. If the host had a particularly high brain affinity, then they would, in most cases, retain their humanity and co-exist with the parasite whilst gaining new powers. If a host did not have a high brain affinity, then they would usually mutate into a Lycan, developing the wolf-like traits they are known for. It is unknown precisely when the experimentation began, but it can be assumed that it had ran for close to 100 years based on Miranda’s age.

During this time failed experiments were sent to the Stronghold on the outskirts of the Village. Here, the Lycans led a nomadic lifestyle but were set away from the human settlement so close by. It can be assumed therefore that the Lycans were safely contained in the Stronghold for the most part, kept at bay by Mother Miranda. Ever the opportunist, Miranda kept the Village safe from the creatures and in doing so gained their utmost trust and loyalty. This devotion and belief that they were safe from the Lycans turned Miranda  and her beliefs into a cult with the villager’s completely unaware that she was the original cause.

To aid Miranda’s quest to locate a suitable vessel for Eva’s resurrection, the local 4 Lords were given access to the Cadou parasite so they could undertake their own experimentation. One Lord, Salvador Moreau took a keen interest in the Lycans and worked hard to try and impress Miranda. In one experiment he would use the base Lycan and then inject into its spine wolf blood. This caused the Lycan to mutate again and further resemble a wolf. This creature would be christened the Varcolac.

Lycan’s, similar to Zombies,  were known to eat meat and hunt for their food. They would also venture into the Village to take livestock which is how the stories of the “werewolves” began in that part of the world. Lycan’s were also remarkably agile and able to freely move from high platforms which they can use to their advantage when hunting in a pack.

During the Village Incident in 2021, after Miranda acquired Rosemary it can be assumed that any restrictions she placed on the creatures and their movements was removed. Lycans were able to freely leave the Stronghold and quickly overwhelmed the Village. Survivors were few and far between with many being killed and the bodies being stored in houses so they could be eaten later. During the siege a group of survivors seek refuge in Luiza’s house including local residents Elena Lupu and her father, Leonardo. Unfortunately for Leonardo he had already been bitten by a Lycan and in doing so meant the Mold contained within the creature spread into him.

LARGE LYCAN – A larger variant of the standard Lycan that is more durable and dangerous as well. It can be assumed that due to the original hosts had a great affinity to the Cadou parasite than the standard Lycan – but not sufficiently high to retain humanity.

The Large Lycan has more intelligence as well and thus adopts defensive armour to protect its head and arms from attack. Although rather makeshift, metal shards and spikes have been taped on to his arms and legs to help it in battle. This is therefore indicative that the larger specimens were also experimented on before being sent to the Stronghold. 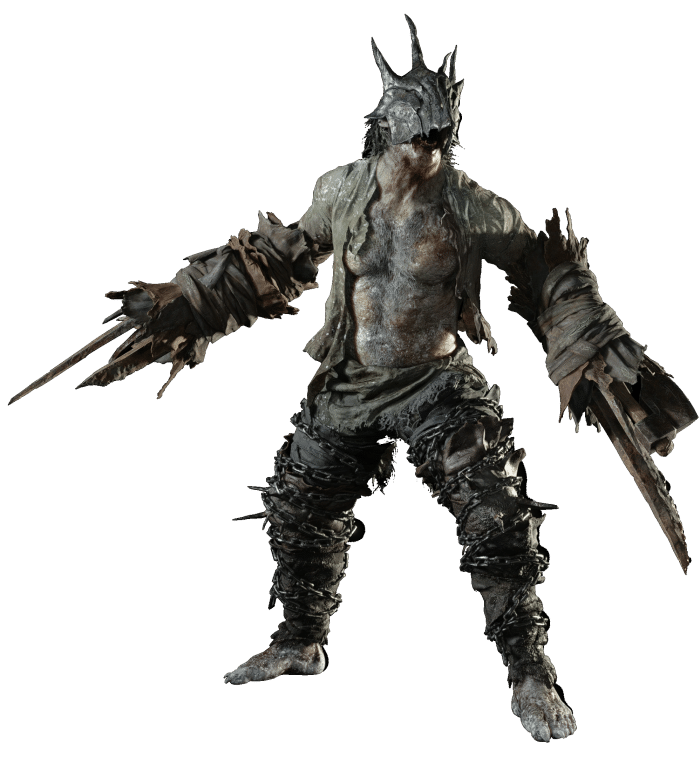