Mary Gray was the daughter of an Umbrella researcher and in her early teenage years was diagnosed with an incurable blood disease. After going through every medical treatment possible, her father’s last throw of the dice was to use the t-Virus as a potential healing remedy.

To do this he enlisted the help of Professor Ryan Howard, an expert in fossil DNA regeneration research, to develop a treatment program. Medicinal strains of the t-Virus had been developed to treat ailments in the past with varying degrees of success but Mary’s time was fast running out and now there was no other option.

Howard injected Mary with the t-Virus and the results were remarkable. Not only did application of the virus hold back the disease, but her body completely adapted on a cellular level never before recorded and she retained her human form completely. 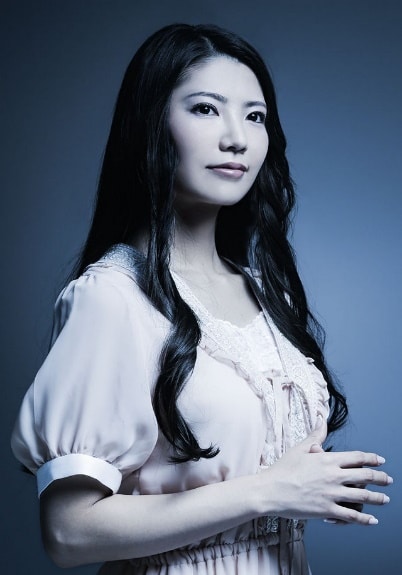 Howard monitored Mary closely and created a special device kept on her wrist that administered precise doses of the virus at various intervals. Continued application of the virus gave Mary enhanced abilities, including speed and reflexes matching those of Albert Wesker. In addition her intelligence levels soared and her IQ was registered at 230.

Mary’s parents were lost during the fall of Umbrella and Professor Howard took her into hiding and they remained underground for several years as various world governments and law enforcement agencies viciously hunted down all of Umbrella’s remnants and former personnel. Howard treated Mary like a daughter and unofficially adopted her. He continued to monitor her closely, applying the virus and watching for any change in her physical appearance. But whilst Mary remained human on the outside, like Alexia Ashford before her, the artificial genius she had become came at a severe cost.

Over time she developed a severe bi-polar disorder and superiority complex. She saw herself as being better than everyone else, and this slowly made her believe that humanity was a flawed species prone to selfishness, stupidity and ultimately destined for self-destruction.

In 2005, Professor Howard’s life was turned upside down personally when he learned his son was killed in action during a t-Virus outbreak in St. Cloud, Minnesota. He became very embittered towards the world for taking his son away and his newfound anger and disdain towards humanity was something he now shared with Mary. At some point, Professor Howard met Ezra Sennett and struck a deal to develop a new virus to increase human intelligence in exchange for a job at Philosophy University with financing and laboratory facilities. As part of this deal, Mary was also enrolled at the university as a student. Mary’s IQ was soon the talk of the faculty and both Ezra Sennett and Matthew Russell were blown away by her potential. But Mary felt alone and isolated at the school, struggling to make friends and build relationships because she knew she was better than everyone else.

Over time she made herself believe that the world needed ‘resetting’ and that required the complete destruction of the human race and replacing them with a new evolved species of meta-humans just like her. She embittered Professor Howard further through his grief and convinced him to change the focus of this research away from trying to resurrect his dead son and into destroying the very society that cruelly took him away. Soon Howard began experimenting on the students of the university and even created a new Tyrant he administered with his new strain virus.

At the same time Mary manipulated the naïve Matthew Russell into believing they could use the t-Virus to create humans of maximised potential for use as biological weapons and slowly turned him against the ideals of his own adopted father, Ezra. Mary documented her plan for world destruction in aground-breaking research paper entitled ‘Reset’ which Howard thought wondrous. She also developed a crush on a fellow student named Lukas Butler, but his rejection of her for Olivia Price only caused Mary more emotional turmoil she could not understand. She was superior to everyone else in every way and could not fathom why she was so lonely and unhappy. Eventually she put it down to purpose. She was the ultimate being but lacked purpose for her existence. Purpose was only gained through accomplishments – and she had none.

In August 2010, Mary failed to solve an equation set up by temporary teacher Rebecca Chambers during a science class. This confused her at first but Rebecca then explained it was unsolvable, using it as a metaphor for the many sciences in the world humanity had yet to understand and comprehend. Mary later applied this reasoning to herself. She was a science the world was yet to understand.

When the zombies broke out across the university, Mary bonded with Tyler Howard, himself now a U.S. Government agent having faked his death and arrived at the university to find his father. She felt a connection to him because they both believed their lives were empty and they did not feel alive. But she was betrayed once again when she witnessed Tyler shooting the zombies and saw that combat was what made him feel alive. Unlike her, he had a purpose for his existence.

Likewise the cowardice of her true love Lukas during the zombie attack only reinforced her belief at how pathetic humanity had become. As the incident wore on, all these conflicting emotions got the better of her and she became truly unhinged, unleashing her powers to avoid incapacitation at the hands of the B.S.A.A. She focused her revenge on Tyler after he had killed their father and was only stopped when Chris Redfield appealed to her and explained the reason she was always alone and isolated was because she believed she was better than everyone else. For a moment, a small portion of Mary’s humanity returned and she broke down in tears, but she was soon overcome once again and coldly announced she would rest the world. She then took an overdose of the virus from her wrist-device and mutated into a powerful creature, invulnerable against conventional firearms. But following a final climactic battle on the university rooftop under the pale of the moon, Mary was finally destroyed when Chris fired a rocket launcher directly at her torso. During his escape from the university, Ezra scooped up Mary’s severed arm and promised they could begin again together before disappearing off into the night.