The details of Matthew Russell’s early years remain unclear. There is no record of his parents or whether he had any siblings. But by the time he was a small boy he was admitted to an orphanage. There he demonstrated an extraordinary aptitude for being able to accomplish tasks and work out problems no boy of his age had any business doing.

He was very curious, with a strong desire to learn about how everything worked and discovering new things. This remarkable behaviour was soon picked up by Ezra Sennett; the wealthy owner of Philosophy University who liked to visit orphaned children having been one himself following the aftermath of World War 2. Ezra was delighted by Matthew’s insatiable curiosity to learn and develop himself further, seeing him as the ideal model for the very life philosophy he believed in himself and the very reason he built his university. Ezra formally adopted Matthew as his son and raised him to be his successor in building a world using learning and self-education to overrule war and conflict. 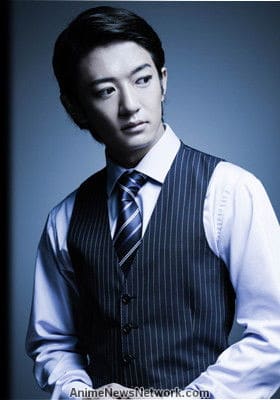 Matthew was given a private education and aptitude tests showed he had an IQ well above average. When he matured, he became Ezra’s secretary at the university and worked to see that everything ran in perfect order, sharing in his father’s vision of the importance of humanity displaying their full intellectual potential for the future of the Earth. In turn, Ezra planned to leave the university and his estate to Matthew so he could continue this vision well into the future.

When Ezra came into contact with former Umbrella researcher Ryan Howard, Matthew was astounded at the brilliance of Mary Gray and convinced his father to fund Howard’s research on the t-Virus, agreeing that they could use the virus to create an endless upgrade to human intelligence, ensuring there would be no end for the obsession to learn. But Matthew’s innocent fascination with Mary only led to her manipulation of him. Slowly and subtlety, she twisted his mind away from Ezra’s vision and more towards using the virus to maximise human capacity and evolve them into biological weapons with a purpose, using the world to display their enhanced abilities. This manipulation gradually warped Matthew’s mind and he became fiercely protective of Mary, distrusting both Barrington Meyer and later Rebecca Chambers. When the biological outbreak occurred across the university in 2010, Matthew attempted to explain to his father that hisvision was mistaken because Mary Gray was already a perfect human, she had no further need to learn and required only a purpose for her existence.

But Ezra was horrified by this suggestion, claiming it would be the end for humanity if the time came where they no longer needed to learn and better themselves. Ultimately, Matthew was so upset that Ezra no longer trusted his opinions and this fierce rejection caused him to ultimately hang himself in shame. His death left Ezra devastated.