Mike Seaman was an extremely self-assured and arrogant individual. He enjoyed the finer things in life that only wealth could provide and looked down on those he viewed as beneath him. He was employed as an agent in the entertainment industry and in 2014 was hired by Shen-Ya Pharmaceuticals to investigate Sonido De Tortuga Island and capture an Umbrella Corporation B.O.W. being stored there. Mike’s contacts enabled him to secure a television producer’s role with reality TV show Idol Survival.

He bribed the local government to secure filming rights on the island and was partnered with another spy hired by Shen-Ya named Zǐlì. When the cast and crew arrived on the island ready to begin filming, Seaman went location scouting and got into an altercation with Marilou Mabou, a local resident of Ague village. After he physically assaulted her, Seaman was restrained by Inez Diaco of TerraSave and made to back down. He later attended a village ceremony led by the Shaman to formerly welcome them all to the island, but Seaman was unimpressed. 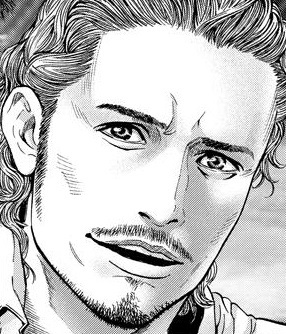 He had a tendency to view women only as sexual objects and despite working with Zǐlì, he exploited her and made her remove her clothes by saying it was necessarily if she wanted to make a success of herself in the modelling world. After Subject 001193 of the Kodoku Plan sabotaged the White Castle cruiser to prevent anyone from Idol Survival leaving the island, Mike sped up his mission plan and led Zǐlì to the military base ruins. He knew where the B.O.W. was being housed and that it could be activated via a special activation code. This was something the likes of the B.S.A.A. and TerraSave had tried to cover up in their quest to portray biological weapons as completely uncontrollable.

Seaman successfully located and reactivated the Schraube Damon and his goal was to allow it to slaughter the cast and crew of Idol Survival in a live, global broadcast that would demonstrate its remarkable combat abilities. This in turn would attract the interest of dictators and terrorists who could purchase the B.O.W. as a cheap weapon. But the creature ended up turning against him after Dirk Miller used the real activation code of ‘wife’ and it confronted Seaman and killed him.