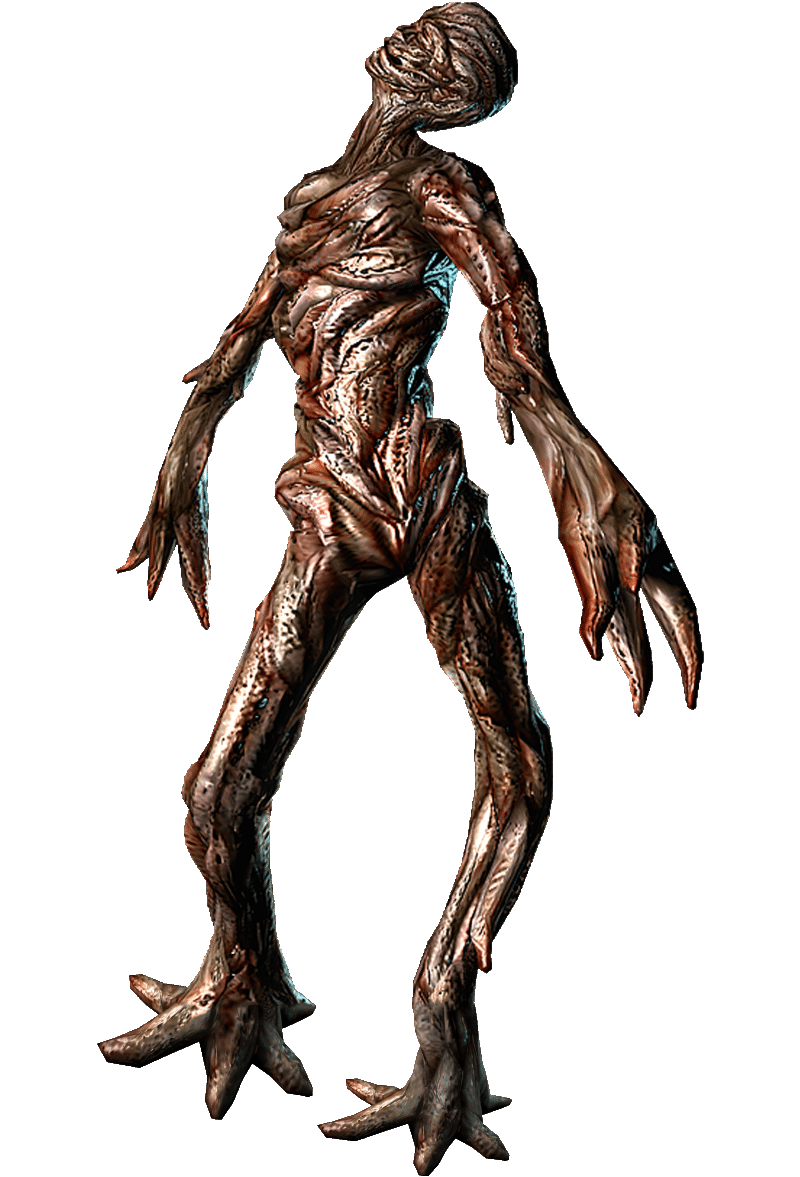 The t-Virus causes gigantism and violent behaviour in those it infects, but infected leeches also have their own particular mutations: growing an eye-like light-receptive organ on their backs and acting together in swarms. These leeches have the ability clump together to mimic human form, allowing them to move easily. In laboratory conditions, countless leeches were recorded merging together and fusing to imitate a humanoid shape and create a perfect imitation of Dr. Marcus, right down to his clothes. At first Marcus was baffled as to how such simple annelid creatures were capable of forming into their creator’s image, but it once again proved without doubt the leeches functioned as a collective intelligence. Grouping together to mimic another creature was an extraordinary behaviour for lowly organisms such as worms or leeches to display.

Marcus hypothesised in his research notes that this behaviour was a result not only of the accelerated evolution of each individual leech due to the Progenitor Virus, but also of the fact that the leeches had developed a way to share and process information with each other in the same way that computers can perform parallel processing. This phenomenon would not have been possible without the Progenitor Virus, a marvel even Dr. Marcus himself would have been unable to foresee, and it served as proof that the Progenitor and the t-Virus’s mutational and evolutionary properties were beyond current human understanding.

The leeches secreted an adhesive bodily fluid over their cuticle in order to mould together. This coating would harden as they fused together, but there was a limit as to how well they could sustain this form and could only do so if it were stationary. When approached by an outsider, the leeches would break their imitation form and attack. When in this state, the base creature would retain a somewhat human shape although the visage of Dr. Marcus became distorted and the face would disappear entirely. It would attack its prey by stretching out its right arm like a whip and striking the target.

The Mimicry Marcus took this form typically when trying to facilitate movement and when its whip-like appendage grasped onto a target, it would secrete a bodily fluid, infecting them with the t-Virus. The Mimicry Marcus specimens were afraid of fire and the only way to dispose of them was to use permeable properties such as sulphur, acid, or other chemicals to incinerate it.

When the creature sensed life-threatening danger, the Mimicry Marcus activated one final defence mechanism by exploding and scattering itself when critically damaged. Although never developed as a practical B.O.W., it is believed these creatures were to be used by Marcus alone, possibly as a weapon in his battle to overthrow Oswell Spencer.

When the Queen Leech later fused with Marcus’ body and inherited his memories, these Mimicry Marcus creatures were utilised on the Ecliptic Express and at the Management Training Facility as a form of defence and were responsible for the deaths of Umbrella’s investigation teams.