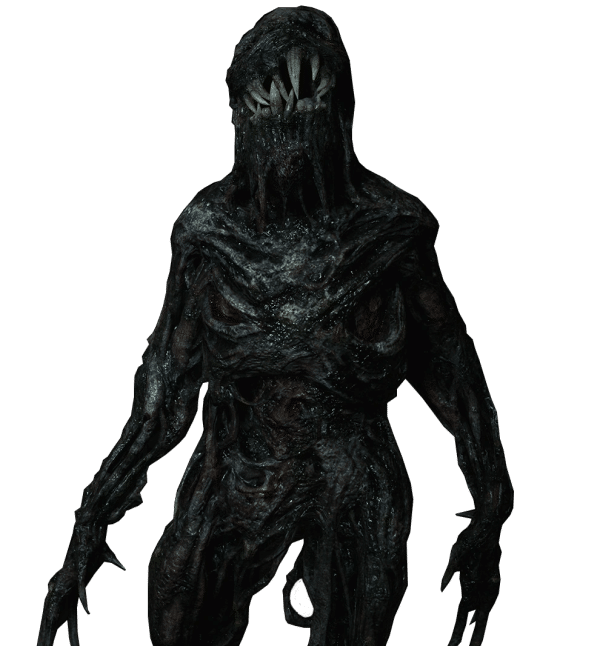 Molded are humanoid-shaped organisms primarily composed of millions of mycelia microfiber filaments from the E-Type Mutamycete. Because the E-001 bioweapon can fully control the anomalous bacterium, Eveline can shape and manipulate movement of the Mold to simulate the appearance of a living, moving creature. This process is somewhat similar to how the Queen Leech used its bond with the t-Virus to create Mimicry Marcus subjects. To create a Molded, both living and dead human bodies can be absorbed by the bacterium and used as a fuel source for the propagation and spread of the Mycelia.

The bio-matter is broken down and completely replaced with the cells of the Mold. When fully formed, only faint remains of the original host can be seen beneath the thick, black veins of the bacterium completely covering its body. They are tall creatures with an unusually large head that becomes sunken and misshapen. They have eye sockets but no eyes and possess a large mouth full of sharpened teeth. Their hands are also enlarged with extendable talons replacing their fingers. These sharpened talons and teeth are believed to be comprised of extra durable Mold, making them harder and sharper than the rest of their body composition. Closer inspection of a Molded will reveal the remains of the original human host and visible traces of the original internal body and viscera can still be seen. Molded are extremely durable and tests have shown they can withstand significant levels of gunfire from conventional weapons, though they are predictably vulnerable to RAMROD and other mycetoxic ammunition.

These creatures are also highly aggressive and attack relentlessly. When grouped together where large amounts of Mutamycete is present, they can quickly work together and swarm an enemy. They are also capable of transmitting the Mold infection via physical contact. Many of the Molded subjects were victims originally captured by Jack and his family before being subjected to some kind of treatment and converted into slaves that continue to follow instructions without reason or ego. They are equivalent to being dead and will never return to their former selves. Some Molded are also formed direct from the Mold by Eveline herself, negating the requirement for an original human host, though these variants are somewhat weaker because they have no external biomass to absorb and feed on. However, these creatures still perfectly mimic the same Molded that do feed and consume from a human host.

Because Molded are controlled via an external source, their movements are somewhat awkward and clumsy. As they have no skeleton, they are incredibly flexible and can twist and contort themselves into different shapes and their limbs can stretch unnaturally. Although not overly fast, they can move around freely by twisting their bodies to fit inside ventilation shafts and spaces far too small for a normal creature of similar size. When immobile, they preserve energy by collapsing into an inert mass of Mold on the floor, only to quickly reform when they sense potential prey nearby.

By themselves the Molded creatures have no intelligence. They are unable to communicate, they cannot interact with basic tools and apparatus, nor can they open doors, but thanks to their link with Eveline they can perform tactical attacks and she can even convert Molded into different types with some variants more focused on attack and others on agility and defence.

Whether a human subject is converted into a Molded comes down to Eveline’s personal opinion of that individual. If she likes them enough as a potential candidate to join her family unit, she will restrain the infection and keep the mycelia filaments from eventually overtaking every cell in the body. If she does not consider them worthy, then she will either let them die outright or transform them into a Molded. In some cases, dead bodies carrying the infection can still transform into a Molded and reanimate. The only way to stop this process is to remove the infected body part from the corpse to halt the spread of the Mycelia invading the somatic cells. As all Molded subjects are under the control of Eveline, they will act as bodyguards towards her, again matching the function of the Mimicry Marcus towards the Queen Leech. But in certain situations when the Molded is not influenced by Eveline, they will still function and act aggressively towards anything which is directly linked to the natural survival instinct of the original hyper-evolved fungus where the bacterium was derived.

FAT MOLDED – A result of the Mycelia absorbing bodily mass from a larger human host comprised of more natural fat and muscle mass. The resulting form is a bloated creature that is much more durable than its regular counterparts and an appearance similar to a bloated corpse. It also has the unique ability to expel an abnormally toxic, corrosive fluid from its swollen stomach. 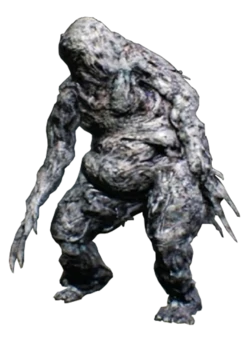 QUICK MOLDED – A faster and more agile variant favouring quadruple limb movement. Its overall body is slimmer and leaner, and its legs and arms are slightly elongated. This helps it move faster and jump larger distances. The sticky secretions of the Mutamycete also enable it to stick to walls and surfaces. 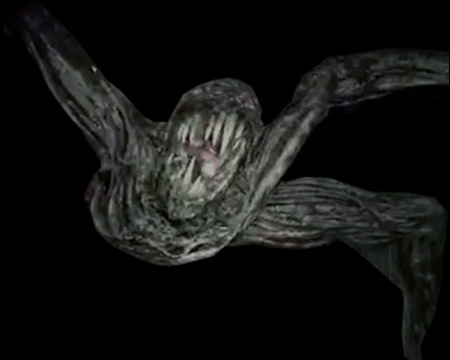 BLADE MOLDED – Like a regular Molded but its right arm has mutated into a fusion of organic spikes functioning as a blade for extra offence. It can also stretch its arm and use the blade as a shield when under attack. 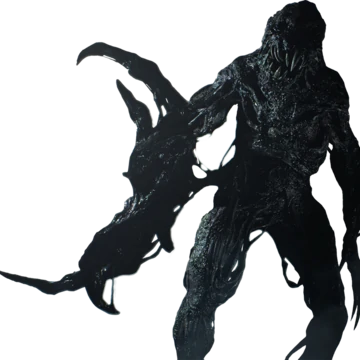 DOUBLE BLADE MOLDED – Further mutation of the Blade Molded where both arms have mutated into an organic blade weapon. They are also slightly larger and have sharped spines protruding from their upper body. 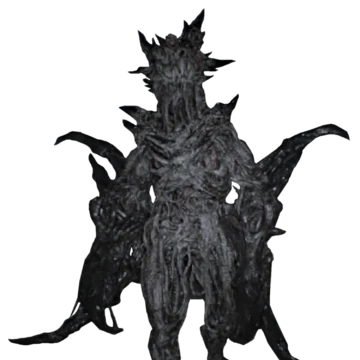