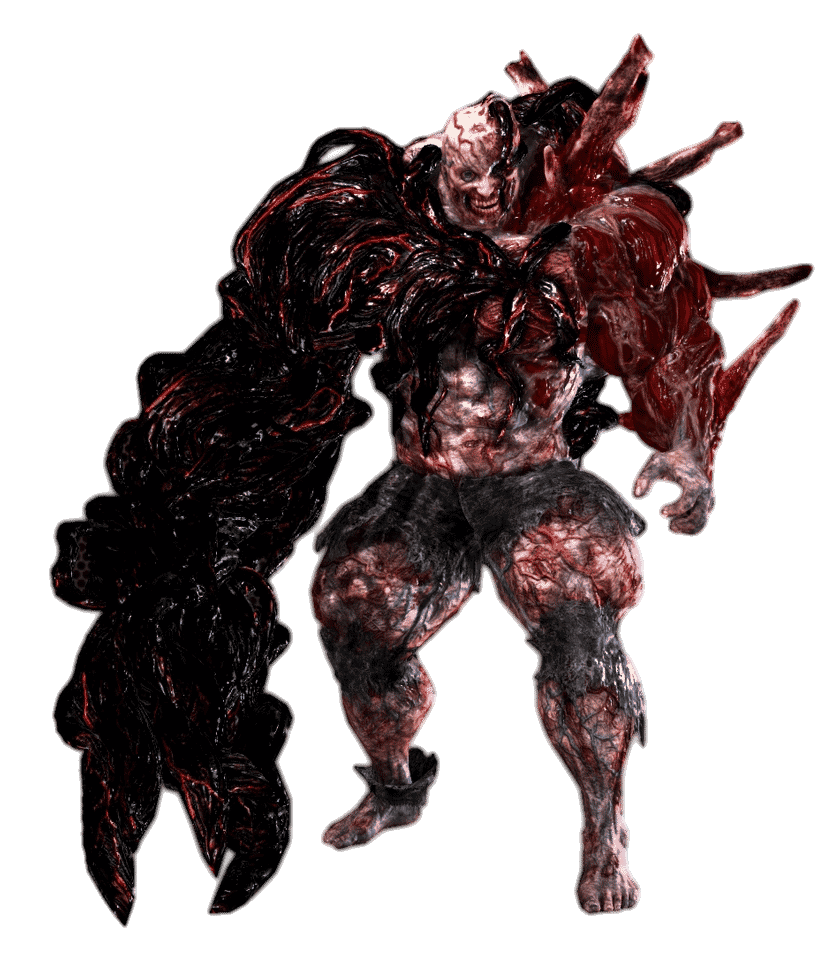 Monster Neil was the result of Neil Fisher mutating to an enormous size and resembling a Tyrant like creation. Neil had been assisting Alex Wesker with the procurement of candidates for her T-Phobos Virus including many members of Terrasave of which he was also a member.

To maintain this cover he was also infected with the T-Phobos Virus. However, as he was very much privy to the experiments undertaken by Alex Wesker, he never experienced any fear of the horrors on Sushestvovanie Island. Where Neil miscalculated was the betrayal by Alex Wesker.

During a confrontation, Neil was infected with the Uroboros Virus making him a rare viral vector of two Progenitor based viruses. It is believed that two combination contributed significantly to this unique Tyrant-like mutation. It is also believed that Neil possessed highly compatible genes similar to Morpheus D. Duvall and Monster Jason.

After Claire Redfield witnessed this betrayal, she ran to his side, but as she did, his body begin to mutate and transform. His body goes into spasms and he pushes Claire off, telling her to get away from him. But just as the trademark black pustules appear to consume his body, they suddenly retract and his body grows in size and muscular bulk. He is one of the rare individuals that possesses genes boundlessly close to an adaptive individual and is able to supress the propagation of viral cysts and maintain a near-human form.

Despite his size, Monster Neil is extremely agile with ability to leap around with ease. During his confrontation with Claire Redfield and Moira Burton, Neil is damaged to the point where Uroboros engulfs his entire right arm and it becomes an elongated mass of sentient black cysts and tentacles.

Monster Neil also retains the ability to speak – another rare trait for bio-weapons and refers to Morgan Lansdale during the battle with Claire. He is however ultimately defeated by the pair using the surrounding environment to set the beast on fire. With this weakening, Moira is able to fire the final bullet after overcoming her fear.