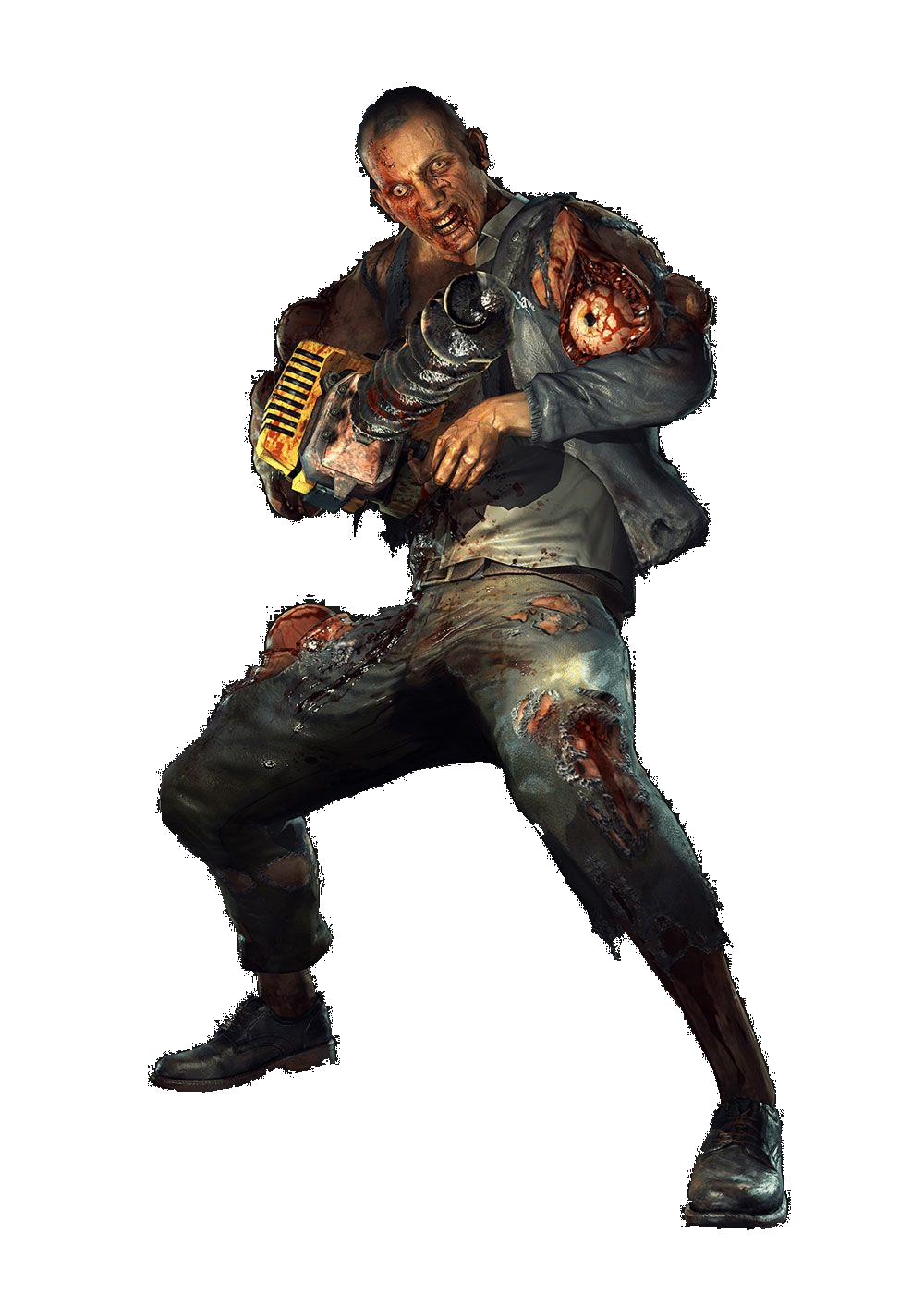 The result of Terrasave member, Pedro Fernandez succumbing to fear and terror and mutating due to the t-Phobos virus inside of him.

He developed increased muscular strength and a swollen right arm. Numerous eyeballs sprouted in various parts of his flesh and these could be destroyed to weaken him.

He still kept hold of his drill and attacked the others, only for them to escape his grasp when Neil Fisher returned to save them. After failing to kill Claire Redfiedl and Moira Burton, Pedro later roamed the island alone for six months in his mutated form. He could still communicate and would constantly apologise to his fallen comerades.

6 months later and without the need to be sustained by food or water, Monster Pedro was finally floored by Barry Burton.