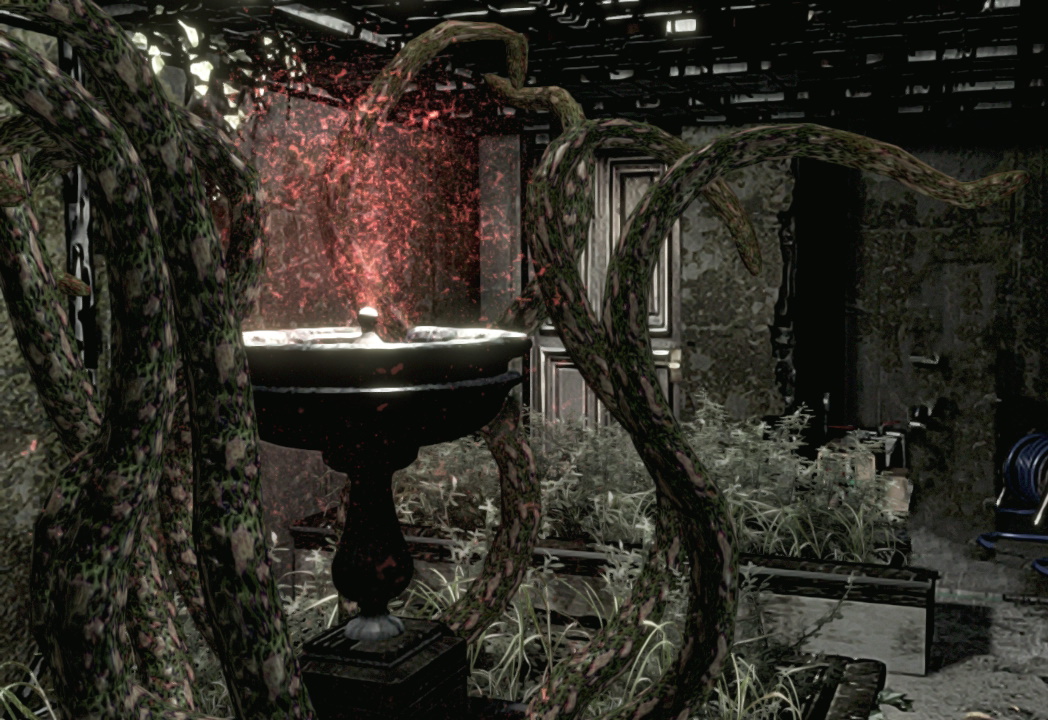 The Monster Plant was an accidental creation following the T-Virus spill at the Spencer Mansion in 1998.

Located in the Mansion’s Greenhouse, this presumably aquatic plant began to grow extremely large when the water in which it was growing was contaminated with the virus.  The result saw its vines develop into large, formidable weapons that prevented anyone from coming close by.

The infection gave the plant sentient life similar to the Plant 4 mutant that grew independently in the Mansion’s Guardhouse, however this plant was a lot smaller. It is unclear if there was bulb under the water like Plant 42.

The Monster Plant could be defeated by using the fertiliser and pumping it into the water supply.