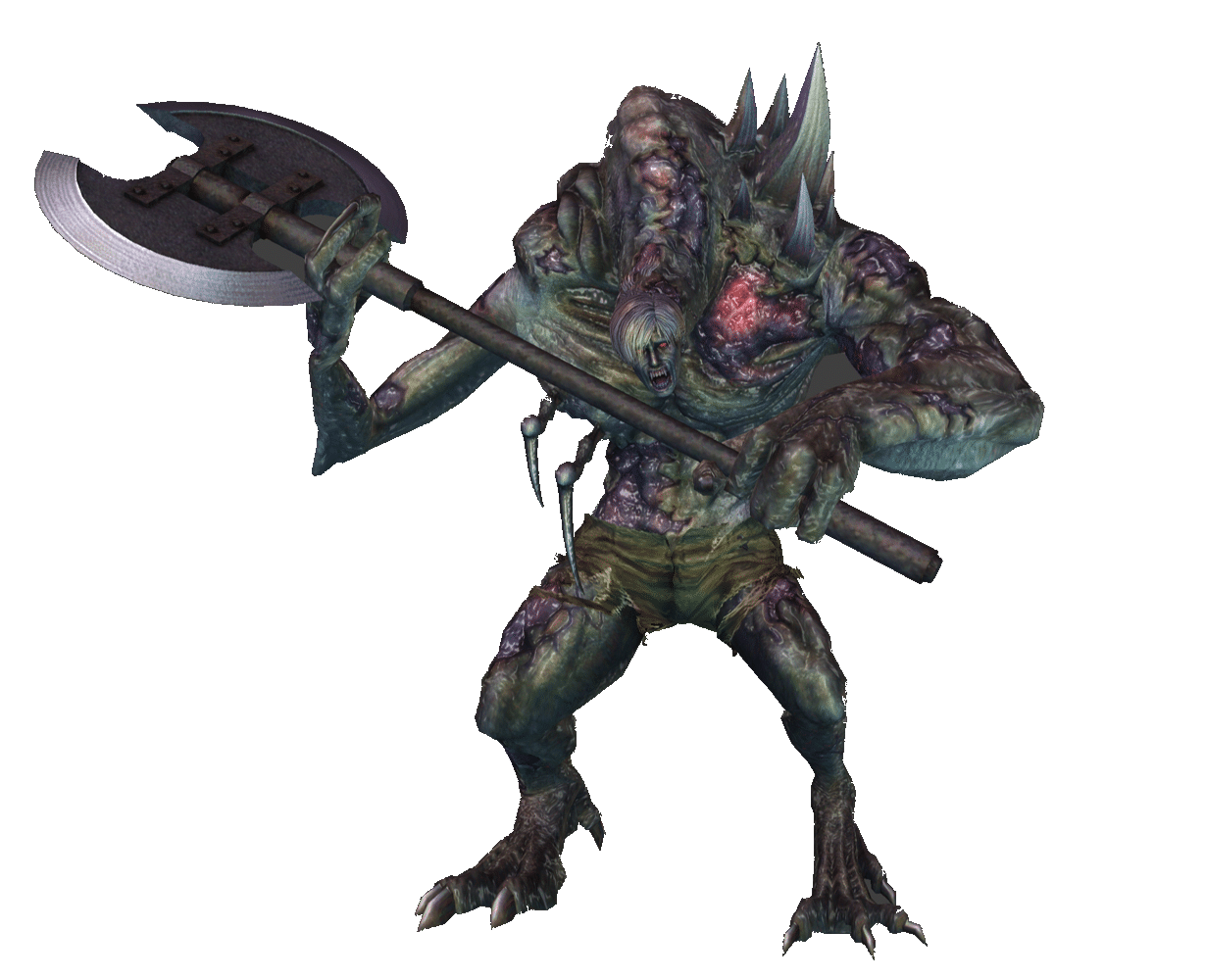 Monster Steve was the result of Alexia Ashford injecting Steve Burnside with the T-Veronica Virus.

Unlike Alexia who had 15 years to adapt to the virus, Steve was unable to bond to it and endured a mutation similar to that of Alexander Ashford.

Unlike Alexander however, this mutation was from the different strain of T-Veronica and saw Steve mutate to an enormous size, capable of yielding the large axe that had previously imprisoned him.

Armed with this axe, Monster Steve chased Claire Redfield until she herself was captured by one of Alexia’s tentacles. Unable to move, Claire faced certain death at the hands of Steve, however at the last minute, memories of the Redfield sibling came flooding back and his love for her broke the spell the virus had on him, slicing the tentacle and rescuing Claire instead.

Enraged by this betrayal, Alexia promptly killed Monster Steve in the armour room where he had been held captive. Steve then reverted back to his human state before dying in Claire’s arms.

After death, a sample of the T-Veronica virus was taken from his corpse by Albert Wesker and used later by Javier Hildago to create the Jabberwock S3 B.O.W.