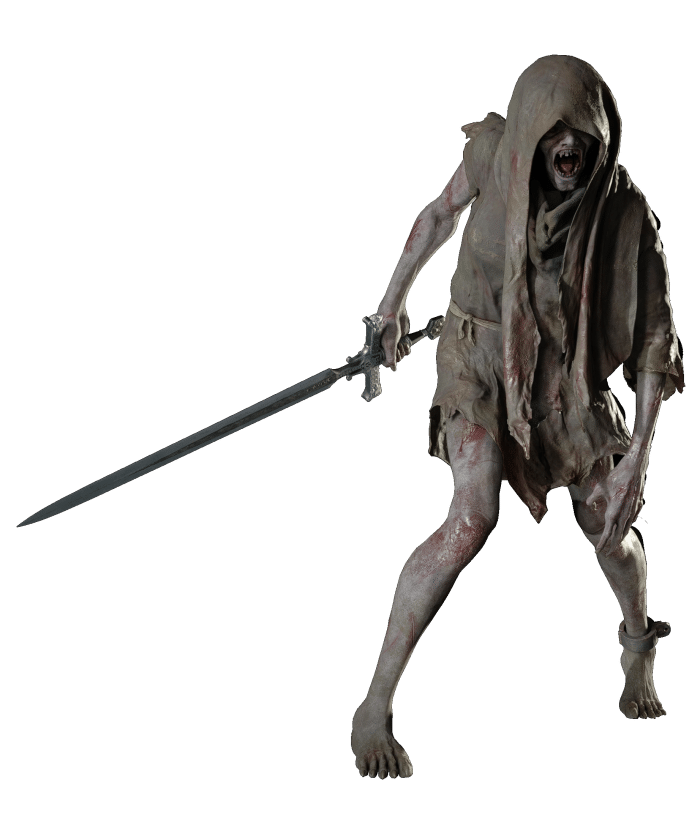 Moroaică are the result of Alcina Dimitrescu’s experimentation with the Mold on female test subjects. The mutant creatures were cast to the lower levels of Castle Dimitrescu left to wander the many caverns.

The purpose of the experimentation had two goals. Firstly to aid the overarching goal of Mother Miranda to find a suitable vessel to bring back her daughter, but also to serve Alcina and her daughters with a supply of fresh blood.

Moroaică were created by draining female test subjects of their blood with the Mold keeping the host alive in an undead like state. The resulting blood was then stored in vast kegs and used to create a wine that would then be consumed and presumably purchased outside of the Village.

Many test subjects were local women taken from the Village under the false pretences of working for Alcina Dimitrescu. Whilst the evidence suggests that these maids were employed for a period, it was only a matter of time before they were selected to be used in the next round of experimentation. One such subjects was a lady called Ingrid who’s plight is detailed in diary notes left behind in the castle.

Once the blood had been drained, the Moroaică were in a sense revived or kept alive through their infection with the Cadou parasite and Mold. In doing so, the subjects mutated significantly, skin dying, teeth being lost and deformities being noted all over their bodies. They also developed a taste for blood.

Moroaică are able to wield weapons including swords suggesting a degree of understanding and intelligence, but many of their actions could be seen as primordial with a desire to feed and attack anything other than another Mold creature.

During experimentation it can be assumed that a mutation occurred resulting in the Moroaică developing wings. This new bio-organic weapon was given the name Samcă. It is unclear how these winged gargoyles were specifically created but it can be assumed the process could be repeated owing to the number of Samcă residing in Castle Dimitrescu.  More information can be found here.