Morpheus Duvall was an employee of Umbrella assigned to Research and Development, and at one point held a position of real power in charge of his own research division. In the mid-nineties he was appointed supervisor at the Umbrella Waste Disposal Plant named Benthic Laboratories on an undisclosed island somewhere in the North Atlantic.

He was a very odd individual, obsessed with cleanliness and beauty and had subjected himself to numerous plastic surgeries in a bid to retain his youthful looks. He had complete and total disregard for anything other than cleanliness and perfection, caring little for those that worked under him. Details about his early life are unclear and even his nationality has come under scrutiny, with many believing him to be French although he spoke with a thick English accent. As well as waste management, Morpheus also ran the undersea biosphere biotechnology facility located 100 metres below sea-level off the coast of the island. But his position came under scrutiny after several employees filed reports complaining about his management style. His methods were sloppy, working conditions were poor and the facility in general was running under-par. Several accidents occurred and it became noted on record that Morpheus seemed more concerned about the personal hygiene of his workers rather than facility security and safety. 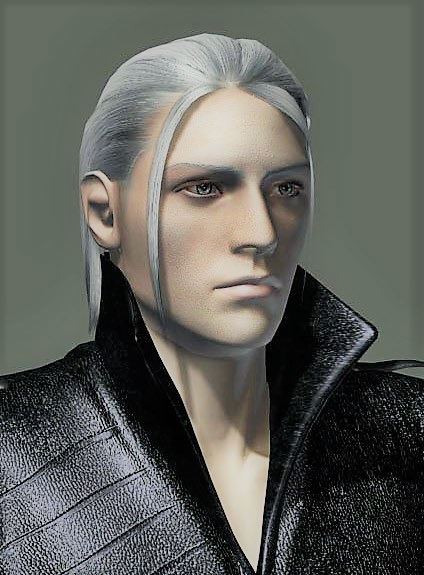 In 1996 a serious accident occurred when a test subject codenamed ‘Pluto’ escaped confinement and went on the rampage, killing several researchers. Gradually the situation worsened and Umbrella were unhappy with Morpheus’ slow response to remedy the situation. He seemed more preoccupied with worker health management than escaped biological weapons. Eventually the situation was contained and the facility continued operations as normal, but the incident left a black mark and it became clear to Umbrella that Morpheus was quickly becoming more of a liability than an asset. Should an opportunity arise in the future to potentially get rid of him, they would take it.

In the aftermath of the mansion incident of 1998, Umbrella conducted a comprehensive review into the disaster and used Morpheus as a scapegoat by tying his research division to the case using circumstantial evidence. This was enough to charge the blame on his door and he was promptly relieved of his position and fired. Morpheus was livid and swore revenge. But in the meantime Umbrella shut down the waste disposal plant on Benthic Island and abandoned it, leaving the creatures there to roam free across the complex as there was no way they could escape.

Morpheus was obsessed with beauty and often made comments about establishing his own kingdom where beauty had absolute authority over everything else. He fantasised about constructing his own utopia deep in Africa as he believed that was where the symbol of power was located, referring to the Progenitor Virus.

Despite his eccentricities, Morpheus’ outspoken attitude and working practices had attracted a cult following and together these loyalists gathered with Morpheus and planned to take their revenge on the company. He wanted to use Umbrella’s own bio-weapons to hold the world to ransom to collect enough money to construct his African kingdom, using financial incentives to bring mercenaries from around the world to his cause and construct a powerful military state big enough to crush Umbrella and cause chaos around the world. As time passed, he returned to Benthic Island and took control of the skeleton staff still stationed there who monitored and recorded the movements of all the discarded B.O.W.s. He reopened the now derelict Benthic Laboratories in the undersea biosphere and hired an architect to convert and construct a large chamber into a huge missile-launching platform. He managed to do all of this in secret, without attracting Umbrella’s attention although the architect in charge of the missile platform conversion harboured deep reservations that the company were unaware the facility was back up and running. Morpheus’ plan was to use the t-Virus to hold both the Chinese and American governments to ransom, demanding $5 billion from each in order to construct his new African utopia.

Whilst shaping his revenge plan, he also came to know about Umbrella’s development of the t+G-Virus as part of their revival plan. Morpheus used the biosphere to conduct a number of electromagnetic experiments using large magnets and copper conductors in an attempt to nullify this weapon. The end result was the Charged Particle Rifle; also known as the ‘T-Hunter.’

As the missile base neared completion, the architect secretly reported back to Umbrella and this resulted in a spy being integrated into Morpheus’ cult known only as P.T. He began acting as his aide and made regular reports of his movements back to Umbrella. In August 2002, ironically down to sloppy mis-management, the t-Virus leaked throughout Benthic Laboratories and most of the staff working there were killed. This event forced Morpheus into an impromptu change of plan that even P.T. was unaware about and resulted in Morpheus directly raiding the Paris Laboratory and stealing three t-Virus samples from a safe for storing trial drugs. P.T. frantically put together a hasty report to Umbrella confirming that Morpheus planned to hijack the Spencer Rain cruiser where the t+G Virus and several new B.O.W.s were to be showcased for auction. But this report never reached Umbrella and Morpheus purposefully leaked the t-Virus across the ship, killing all passengers and even his own followers. He recovered the t+G Virus and rerouted the Spencer Rain to head for Benthic Island before making threats to both the United States and China, intending to fire missiles armed with the t-Virus at both countries unless his ransom demand of five billion dollars each was met. Both China and the US responded by sending agents from the Chinese Ministry of State Security and the Anti-Umbrella Pursuit and Investigation team under U.S. Stratcom to infiltrate the ship and stop Morpheus.

Agent Bruce McGivern was captured early on but a grenade attack from Chinese agent Fong ling saw Duvall badly injured in an explosion, so much so he was forced to inject himself with the t+G-Virus in order to stay alive. He transformed into a Tyrant-esque creature and his mutation incorporated many unique traits pertaining to his previous body-altering surgeries. The Spencer Rain eventually ran aground on the island and Morpheus retreated to the biosphere to make preparations to launch the missiles. But his plans were foiled by McGivern and Fong Ling. McGivern used the Charged Particle Rifle against him and when the G-Virus in his body began to mutate his cells over and over again beyond all control, his mutations became so large until he consumed the entire facility and was somewhat ironically destroyed by the very missiles he’d sought to unleash upon the world.