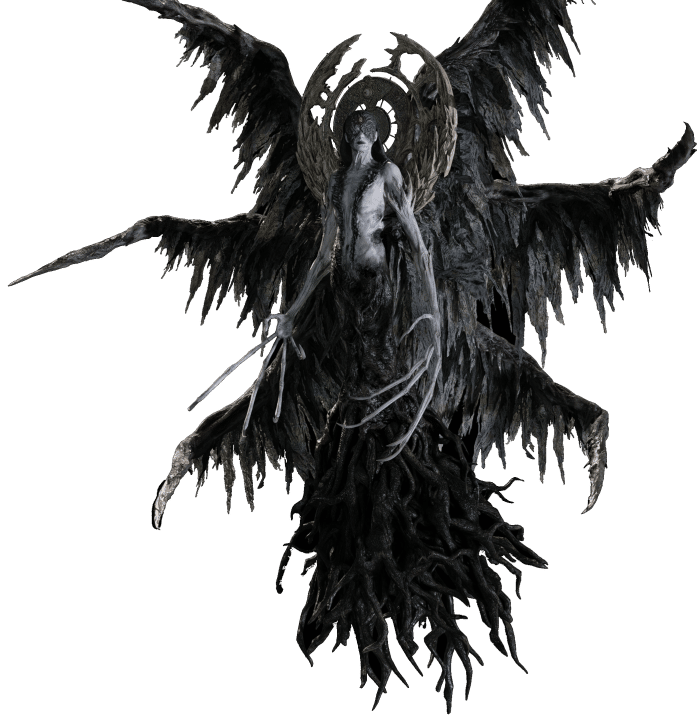 “Mother” Miranda is an individual who successfully bonded with the Megamycete organism in Eastern Europe and in turn created the Cadou parasite.

Miranda’s long term goal was a rather personal one – to bring back her deceased daughter, Eva through the power of the Megamycete and its hive like memory function. To do this, Miranda required a suitable vessel and spent over 100 years searching for one.

After aiding The Connections with their own Mold experimentation she learnt of Rose Winters, the daughter of Ethan and Mia Winters, both of whom had confronted and been infected by the Mutamycete Mold. This affliction was seemingly passed down to Rose making her the perfect vessel. Mother Miranda was able to capture Mia Winters and then mimic her for a period of time, deceiving Ethan in the process. Despite the assassination attempt by Chris Redfield, Miranda was able to escape the Hound Wolf Squad and take Rose to the Village.

This success triggered the beginning of the ceremony to resurrect Eva and the destruction of the Village too. To accomplish this, Rose was killed by Miranda and consigned to the Megamycete, her remains split into 4 flasks and held on to by the 4 Lords of the Village whilst preparations began.

Eventually, all 4 flasks were placed into the Giant’s Chalice whereupon Ethan finally confronted Mother Miranda to try and save his own deceased daughter. He was, by all accounts too late. Miranda had already started the resurrection and a new born baby was born from the Mold deep within the caverns of the mountain area.

However, for reasons unclear, the process was not a success. Eva was not re-born instead it was Rose. Further, it would appear that in doing so her own pwers were being drained by Rose. Infuriated by this apparent miscalculation, Mother Miranda turned on Ethan.

Miranda’s bond with the Megamycete has always been unique. She was able to adapt to its powers remarkably well and in doing so gained extraordinary abilities. This included shape-shifting into other persons, being able to turn into a flock of crows and having remarkable regenerative functioning as well. She was also well over 100 years old but did not age during this time. She was practically immortal.

During her encounter with Ethan, Miranda is able to mutate into different forms depending on the tactical situation as it presented itself. This included a large spindle-like form – an exaggeration of her usual attire. Miranda also possessed a flying and spider-like form, all of which presented different strategies for Ethan to deal with.

Despite this enormous mount of power, the combination of the ceremony, mutating and power drain from Rose, Ethan was able to defeat Mother Miranda in February 2021 after her final “beserk” form was destroyed. Miranda was calcified and with the subsequent destruction of the Megamycete organism, all traces of Miranda was lost.