Nanan Yoshihara was born to a family who owned a world-famous restaurant business and her father was an award-winning chef. Because of the money he earned, Nanan’s father was able to afford the expensive tuition fees to enrol her into the prestigious Marhawa Academy; the elitist and most prestigious private school in all of Asia. But shortly after Nanan began, her father’s restaurant business unexpectedly fell into bankruptcy and collapsed. Although he managed to gain alternative employment working as chef at Bennett University in Singapore, his vastly reduced income resulted in the accumulation of large debts in order to keep Nanan at Marhawa.

When word broke out at the academy about Nanan’s family misfortunes, she became the subject of a vicious bullying and smear campaign by the other senior students. They had no time for a ‘poor man’s daughter’ and believed she was soiling their elitist reputation. Nanan reported these bullying incidents to Mother Gracia but she took no action and so her problems only intensified. 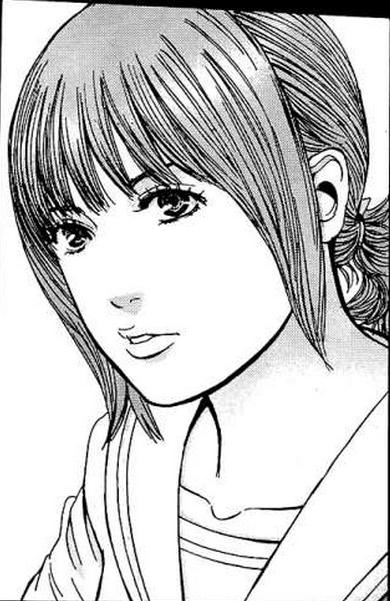 On the first day of her senior year in 2012, Nanan met Bindi Bergara who was the recently appointed Senior Council President. Although Bindi tried to make her feel welcome, Nanan warned Bindi that she shouldn’t associate with her. Later her desk was completely soiled and Alisa-Lin, the Student Vice-President, was the instigator of yet more unfortunate situations for Nanan. But despite her torment, Nanan had built up a tough exterior and was not afraid to hold her own in a fight. But one night she was ambushed in her room and several seniors under orders from Alisa beat Nanan to a pulp. Bruised and bloodied, she made her way to Bindi’s room, claiming she had nowhere else to go.

Disgusted at her fellow students, Bindi went immediately to Mother Gracia and insisted the police be brought in to prosecute the offenders. But Gracia rejected the request and insisted the matter was already resolved. Realising the incident was being covered up, Bindi and Nanan instead resolved to run away from the academy and spread the word about the bullying incidents themselves.

Two months later, after Nanan was fully recovered from her injuries, they put their plan into action by sabotaging all the vehicles in the motor pool and taking off into the jungle. But they were captured by Gracia and her security staff having failed to realise there were extra vehicles on site for emergency situations. A fight broke out and after Bindi was captured, Nanan slipped and hit her head off a rock. Her body was taken back to the infirmary and she was in a comatose state with little to no chance of ever regaining consciousness. She had effectively died and a statement was released across the school explaining Nanan had transferred away to continue her studies at another academy.

Bindi was distraught at the loss of her friend and stunned by the cover-up of the incident. When Carla Radames later supplied her with samples of the C-Virus, Bindi injected Nanan and watched tearfully as a chrysalid formed around her. Her internal body structure broke down and she was reformed and reborn as a Complete Mutation Species. She was now a prototype form of a creature that would later become known as a Lepotica. She had the ability to disperse a gaseous toxin that when inhaled would turn anyone into a zombie.

Bindi hid Nanan’s mutation by covering her in a black raincoat and together they started to take revenge over all those who had made their lives so miserable in the first place. Several senior students became zombies and this triggered a major biohazard incident that eventually destroyed the entire academy. Although no longer human and unable to communicate, Nanan still recognised Bindi as her friend and resolved to follow her orders. Monster Nanan was eventually destroyed by the B.S.A.A.