The Nemesis Project was the brainchild of Umbrella Europe who wanted to develop techniques to increase the intelligence of B.O.W.s created with the t-Virus to allow for more efficient methods of control. A majority of B.O.W.s created throughout the 1980’s were deemed failures because the virus eroded intelligence levels to the point where they could not be adequately trained or programmed to carry out complex commands, despite their effective combat abilities.

Because of this, Umbrella could never hope to utilise or market such weapons without an effective control system. 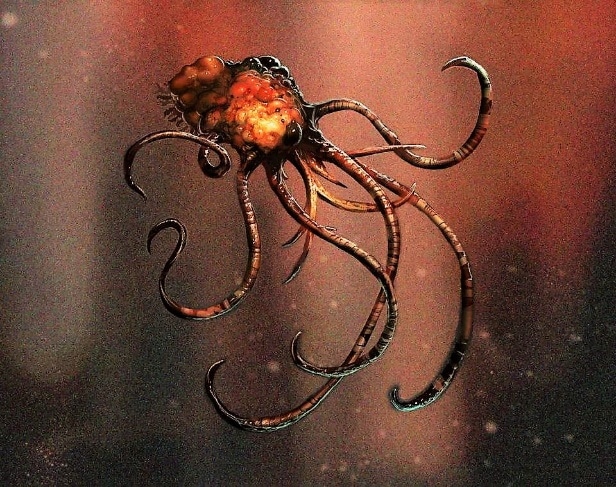 By the late 1980’s the t-Virus project was moving into the third stage and the directive from main Umbrella Headquarters was for its sub-divisions to create a ‘third stage bio-organic-weapon’ with a completely new way to manufacture control. All European branches of the company would be involved in this project and immediately began researching new ways to create high-intelligence B.O.W.s that could be easily controlled. But the main developments were spearheaded by the French branch, under the control of the wealthy Henri family. The ultimate aim of the project was to create biological weapons superior to the Tyrants created by the North American branch and made up just one element of an intense corporate rivalry.

Countless theories and prototype mechanisms were applied and the research teams initially tried by simply operating on the brains of the subjects to see if they could increase intelligence artificially. When this proved unsuccessful, they tried to genetically modify an organic parasite which would not only increase control, but amplify the B.O.W.s original abilities. After initial tests proved fruitful, a prototype parasite was developed within a matter of months named ‘NE-α‘. This parasite on its own was unable to do anything. It could not survive without a host and had no combat capabilities, specialising only in intelligence. But researchers theorised that the parasite might be capable of functioning as a ‘brain’ for a more combat-capable one. The ‘brain’ would be designed separately from the body but the two could then be combined and become a single living bio-weapon.

Such technology would allow the researchers to focus on the organism’s combat abilities, without the need to consider its intelligence. Since a ‘second brain’ would be formed in the host’s body, the t-Virus’ secondary effect of intelligence decline would be restrained. This was fine in theory, but the sticking point was the technology of the time. At such as early stage of the project, the scientists had not yet succeeded in creating a stable parasite ‘brain.’

The 1988 prototype parasite was also too strong for the host organism to cope and would die within five minutes of the Nemesis parasite establishing control. Scientists worked on the Nemesis project for over ten years, refining and improving using more accomplished prototype technology as it became available. Nemesis could attach to and control any vertebrate of any organism and have the capability to create a humanoid weapon equivalent to the Tyrants. But ultimately the Nemesis Project suffered due to a limited budget because the corporate executives of Umbrella considered mass production of the Tyrants more important.

When Umbrella Europe eventually launched the Nemesis T-Type ‘Pursuer’ in 1998, it actually exceeded the Tyrant’s specifications and commercialisation was planned if a more human appearance could be realised. But the fallout for Umbrella following the Raccoon City disaster and subsequent total business suspension order put paid to such plans and the Nemesis Project was shelved. But following ten years of research, two stable, artificial parasites had been created, and both for separate purposes.

The NE-α was first developed in 1988 by researchers at the 6th European lab. It was made up of the ‘brain’ and had seven large tentacles which would spread out around the host’s body once implanted. It also had smaller tendrils emanating from the back end of the brain which would link into the host’s nervous system. The parasite could not survive on its own and was useless without a host. It had to be injected at a cellular level and not in its mature form and the implant had to be directly into the host’s spinal cord. The parasite would then absorb the internal t-Virus cells and grow, before forming a unique brain near the medulla oblongata. At the same time, it eroded the central nervous system and destroyed the host’s frontal lobe, modifying the neural network to link its own brain with all remaining brain functions. This allowed the parasite to take full control of the host’s mind and motor functions. The tentacles of the parasite that spread through the host’s body would continue to grow to the point where they would protrude from the body in some cases and were able to transmit a more potent form of the t-Virus.

The parasite also increased the host’s regenerative capabilities by substantial levels. The NE-α parasite was refined over a period of ten years to iron out any problems and make constant improvements, including being tested on B.O.W.s such as the Cerberus and the Hunter, although the reduced brain capacity of reptiles and amphibians meant results were varied and only reinforced the notion that humans would make perfect biological weapons. The finished product was completed in 1998 and implanted into a mass-produced T-103 which resulted in the formidable Nemesis T-Type B.O.W. Its prototype form was also indirectly responsible for the discovery of the G-Virus in 1988.